I Bought A House

It was late in the evening when Hubby called me to say hello from Ontario.  There is a two hour time difference between home and Alberta and he was already in bed, just about to turn off his light and snuggle in for the night.
-Guess what I did today?  You'll NEVER guess.
-Ummmm....did you deliver a baby?
-No--I bought a house!
There was a pregnant pause on his end and then,
-Tell me about it. 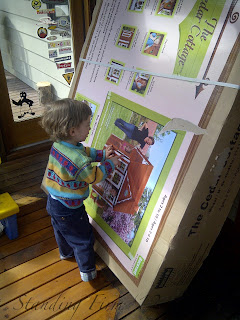 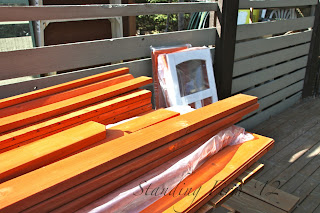 We never counted the pieces, but the instruction book was 35 pages long! 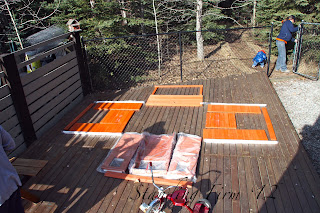 The process began by laying out the four main pieces. 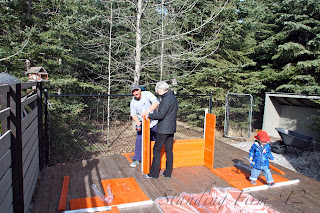 It was a sunny Saturday morning when we began. 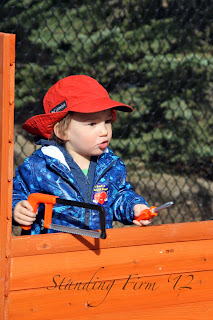 Our little carpenter joined right in, doing his part with the toy saw and screwdriver. 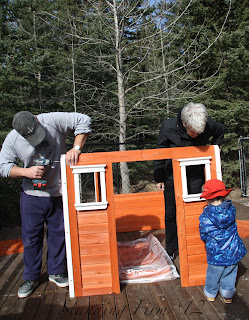 The instructions were very clear:
-This project is to be built by an adult, with an adult helper.
I was delighted to be the "adult helper". 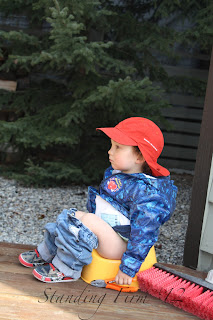 Time for a potty break, toy pliers in hand. 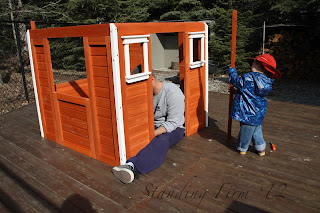 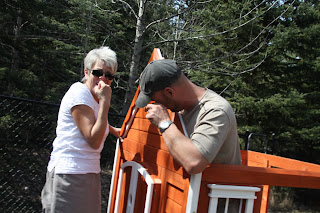 Having just had my status promoted from "Adult Helper" to "Assistant Carpenter",
I was nearly fired when I poked my "Boss" in the eye with my finger nail!!!
He recovered, thank goodness. 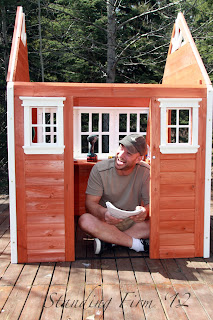 What happens next?
It had been more than two hours,
the sun was hot,
we'd shed some layers,
the beer was open and
we were nowhere near finished. 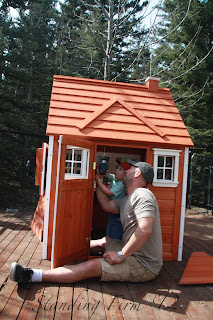 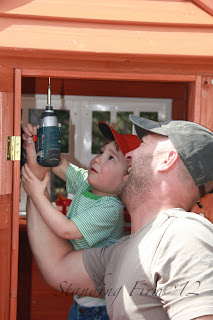 My son-in-law is a finish carpenter and actually knows how to do this kind of thing.  I would have thrown in the towel long before this point if I'd been alone.
Our little helper was in there like a dirty shirt (as Mum used to say) working with the adult tools. 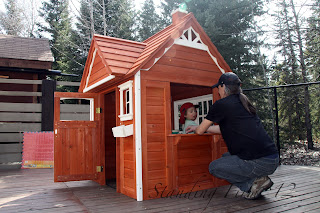 Mum got in on the action between feeding and changing the baby. 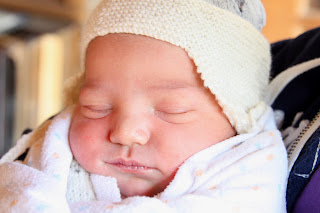 For the most part, Sully slept thru it all. 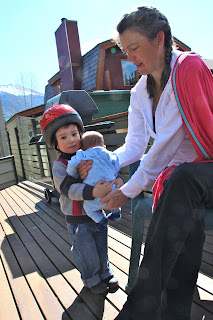 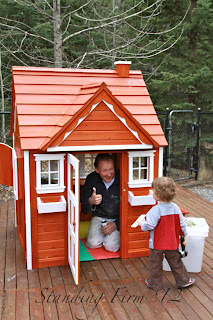 Neighbours came to play too. Super Dave answered the phone and made coffee
-on his knees. 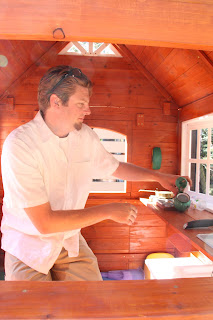 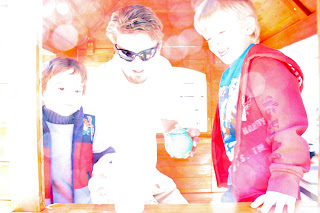 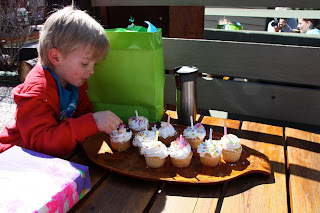 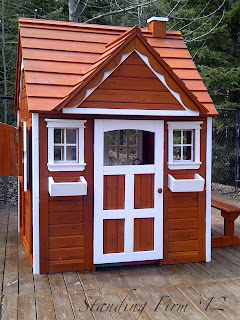 Check out the window boxes, the working door bell, the attached picnic bench.... 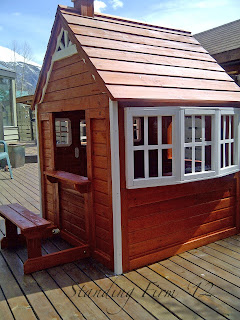 and the bay window.
It was a major project.
It took all day to build and then seal with stuff that got in my hair and all over my clothes.
We had a ton of fun and the little guy adores his new house.
Come for coffee any day before or after naptime. 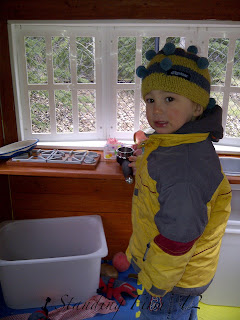 My kind of house! But I wouldn't want to do all the work with it. I see lots of hours of fun and play.

Now that is a nice play house!
I'm sure it wasn't very easy...

I want one like that! ( albeit adult size and up high in a tree, mind you. )

Impossible CUTE! What a fabulous day. I sometimes wish my house was just that big... alot easier to clean. Thanks so much for stopping by my blog - and so very nice to meet you!

I think the little helper did a great job and what a cute little helper too. Oh, that sleeping angel is adorable. Looks like someone is enjoying their time with family, how great!

I thought I was up for Grandma of The Year because we got our grandsons a K-Nex amusement park to build, but this is the BEST! In fact, I'm considering buying myself one to hide in and read. Hope they all come with house-warming cupcakes!

Thanks for sharing. The grandkids are adorable!