The writing prompt was "nuts".  Immediately, I pictured Grandpa digging for his favourites in the mix offered as a Christmas treat.  His eyes would get a certain sparkle.  He'd lick his lips and smile.  "Save the big ones for me," he'd exhort us. 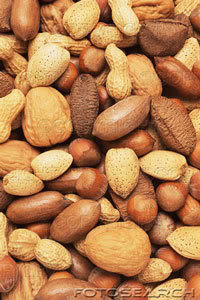 The gleaming, cut-glass bowl sent rainbows of colour bouncing around the table.  The silvered nut cracker and picks were laid out alongside--implements of frustration in young fingers.  My clumsy, child hands struggled to open and dig out the walnut flesh from behind the papery shell linings.  Grandpa was welcome to his favourites--who else could crack them?  Their strong, black shells were too large for little hands to conquer.

It wasn't until I was in my early 20's that I learned, at my cost, that Grandpa's appellation for his favs was completely unacceptable, not their real name at all.  They are Brazil Nuts, not what Grandpa called them.

Having been born in the late 1890's and having lived more than 70 years by then, Grandpa had never learned the politically correct ways of our new world.  His occasional use of an infamous word never raised eyebrows in his day.

As a mature woman, each time I dig out the Brazil nuts from the mix, I think back to gathering around the dining room table as an extended family, laughter echoing off the walls, piles of shells and litter building, bowls of nuts dwindling and Grandpa calling out for us to save the best for him.  He was a character.  He was my mother's father.  He did a soft-shoe two-step, found silver dollars behind my ears, pretended to steal the last bite of dessert from my plates at dinner.  He was a vicious player of canasta and cribbage, a voracious drinker of rye whiskey and a connoisseur of nuts.

Grandpa, Christmas traditions, nuts; all linked in my memory and evoked by a single word.  What comes to your mind when you hear the word "nuts"?

The first weekend of October was when Canada celebrated Thanksgiving this year.  We had a big shindig:  family, friends, turkey "and all the fixins" as they say.  We recounted our many blessings and gave thanks.  Being that we are saying goodbye to friends on their way back to England this week, and being that Hubby is an American Hero, in my eyes, we are doing it all again this week.

As an early harbinger of the gala season, Christmas Cactus has bestowed upon us a profusion of blooms.  Another blessing. 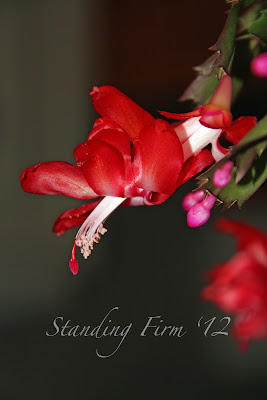 To all my American friends, Happy Holiday and may your gratitude be evident for all that is glorious in life.

ps.  The Alka Seltzer is in the bathroom cupboard.

It's Black and White Wednesday again!
Look at Grand #1.
She has the biggest blue eyes and the longest ash-blond hair.
Isn't she the VERY BEST pirate you ever saw????? 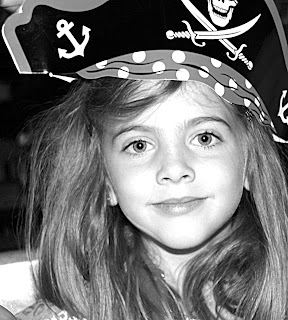 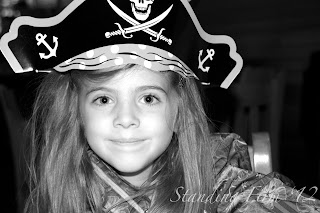 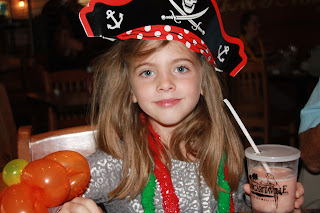 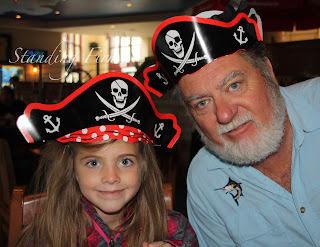 Papa Buz loves to play along.

Summer camping. Our young family had finally bedded down for the night, after a fun-filled day swimming, boating, roasting weenies and marshmallows.  Sleeping bags and bouncy air mattresses rustled and sighed.  Peace.

Over morning coffee and trips to the communal lavatory, campers gave each other the eye.   Was it you?  Who was it last night?

Our Man did what men do.  Our provider and protector, he takes charge.  He fixes things.  He spoke with the other men doing the same thing, and by process of elimination, they figured it out.  Mystery solved:  two men, one crazy, noisy woman, in a pup-tent next to the red car.   A pup-tent???

Funny how that section of the camp ground cleared out by noon.  Family camping has specific requirements in the decorum department.

A jiggly blob of gelatin and water in varying hyper-pigments of ugly, it sits with discouraging blandness, not inviting advances.  No glitter, no glamour, no smell, no noise, no thought process.  A void of life force.

Jello and I took issue during battles with tonsils, mumps, Cesarean sections and flu. Each interaction involved pain and sorrow, not conducive to pleasant memories or thoughts of future delightful encounters.  That people valiantly, and unsuccessfully try to enhance the nothingness of this non-food with quantities of mushy, tinned fruits and whipped cream, only furthers my avoidance.

Give me chocolate.  Give me ice cream.  Give me wine.