With less than a week until the BIG DAY and only four more days until we head out west again for the holiday, things are getting a little hectic around here.  Hubby spent the weekend calling up the Grands long distance, impersonating Jolly St. Nick and getting everybody in a tizzy.  The six year old is still trying to figure it all out.  The four year old jumped up and down circles in over-the-top excitement--he could hardly hold the phone!  The three year old just wanted to make sure Santa got it very clear:  EXCAVATOR is what I want, what my baby brother wants and what my mother wants too.  WE WANT AN EXCAVATOR!!!

Grandpa came back to reality today as we drove for two hours to the big city for the annual review with the bank.   Early morning rush hour traffic and bankers will do that to a body.  I always feel like a country bumpkin when engulfed by crowds of high fashion, tech-savy, city dwellers on the move.  Grandpa had to hurry me along as I stopped to oooo and ahhhh over the decorations, both inside and outdoors.  I have already begun to play with my new Christmas present--a 50mm prime lens 1.8  Yes, it's early, but I will still be in love with it next week and can capture the BIG DAY and party life from now till then in good fashion.

Enjoy this Advent week of Love.

Here's a few of today's shots to get you in the mood for some spiced eggnog and Bing crooning White Christmas.  Only six more sleeps!!!!! 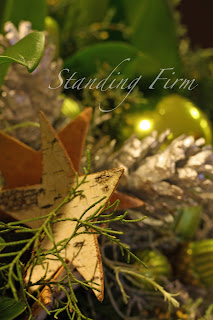 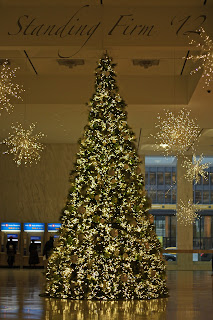 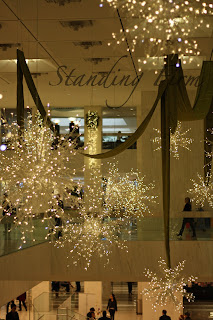 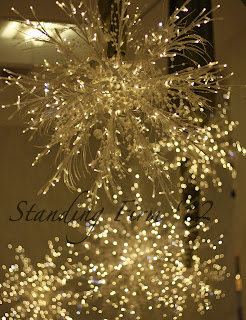 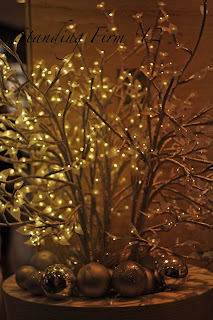 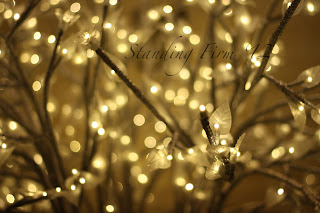 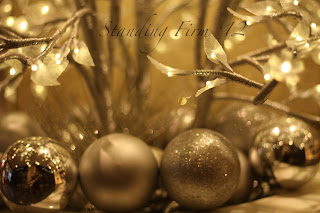 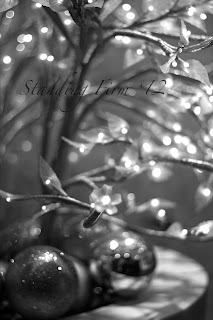 Hi Rosemary. What lovely festive images for us today i had my present a little early as well. A samsung galaxy 10 tablet,which i am very pleased with. Aren't we lucky?!

Can't wait to see more Christmas pics on your blog.

A new lens!! Have so much fun getting ready to see your grand babaies.

Camera equipment is the best and I remember when my eldest nephew went through his tonka phase. Sooo adorable. Beautiful pics as always and I hope you have a wonderful holiday!

Please let me know if you're looking for a article writer for your blog. You have some really good posts and I feel I would be a good asset. If you ever want to take some of the load off, I'd absolutely love to write
some material for your blog in exchange for a link back to
mine. Please shoot me an email if interested. Cheers!