A Rose By Any Other Name...

I love playing with words and naming boats is a good game.

For a boat name to really work well, it should be easily pronounced and understood over VHF radio, to hail and identify the vessel, especially in emergency situations.  With that in mind, the sky's the limit on choice.  There is a theory that unless a thing is named, it doesn't exist.  Certainly a name gives personality to an otherwise inanimate object.

The romantic languages (French, Spanish, Italian, Latin) assign gender identification to all nouns, giving English speakers headaches trying to remember which article (le, la, les) goes with a specific noun.  In English, all nouns are "it", not "he" or "she".  That being said, boats have carried over their female gender even in English.  Captain B says it's because captains always love their boats.  A fair majority of vessels carry the names of the captain's wife, mistress, mother or daughter.

Boat names reveal a lot about the people who named them.  Traditionalists take names from famous, ancient warships, or classic literature, or Greek mythology.
Endeavour
Nautilus
Excalibur
Victorious
Steadfast
Vita Da Veritas.
One feels sorry for the owners of Isis, named for the Greek goddess of light.  The lovely motor vessel now carries the taint of the world's most hated and feared sect of Islam, enemy number one.  Things change....


One envisions the Freedom 55 Group with names like:
Time for Us
Our Time
Noagenda
Last Chance
Rambler.

Crafting an appellation incorporating family names is original, with one-of-a-kind results, making it easy to remember both the boat name and the people on board:
Jubilee (Judy and Bill)
Letts Go (Nancy and Jeff Letts)
Final-Lee
Gadabout (Gail and Dennis Baut)
Can you guess who owns Rhubarb?  (Ruth and Barbara).

Sailsmanship
Off Duty
Pescatora
Reel Deal
give you an idea of what people did before they lived on boats, or what they do now.  Outta Thin Air was named by a cowboy who lives at 1100 feet above sea level during off-boating seasons.

My favourite name category is the play-on-words:

H2OME
Comocean
Never 2 Nauti
A-Salt-Weapon (a 70 ft. sport fisher)
I walked past this stern in Jupiter Yacht Club for two days before the play registered with me. 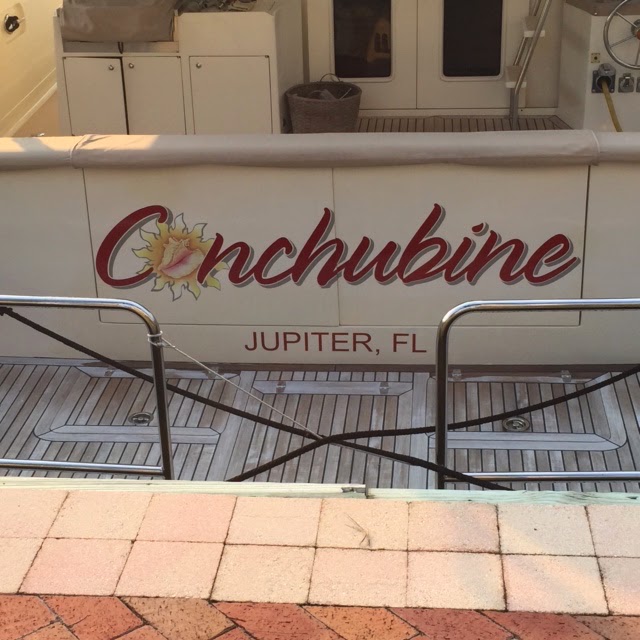 Naming a boat is like naming a child, a pet, a homestead, or anything that has been invited into one's life.  It takes thought and committment.  Once a decision has been made, the decal secured to the transom, you to live with it forever.  Naming your vessel makes her your own.  She lives because you love her.

Posted by Unknown at 9:33 PM No comments:

Moving to the Music

I have documented the annual New Year's celebration of the Bahamas on previous visits to Nassau.  You read all about the noise, the hilarity, the wild, joyous abandon--Junkanoo!  On this trip, I witnessed two different events that helped me realize this genre of Bahamian "music" fits any and every occasion:  an Anglican Church parade and a private birthday party. 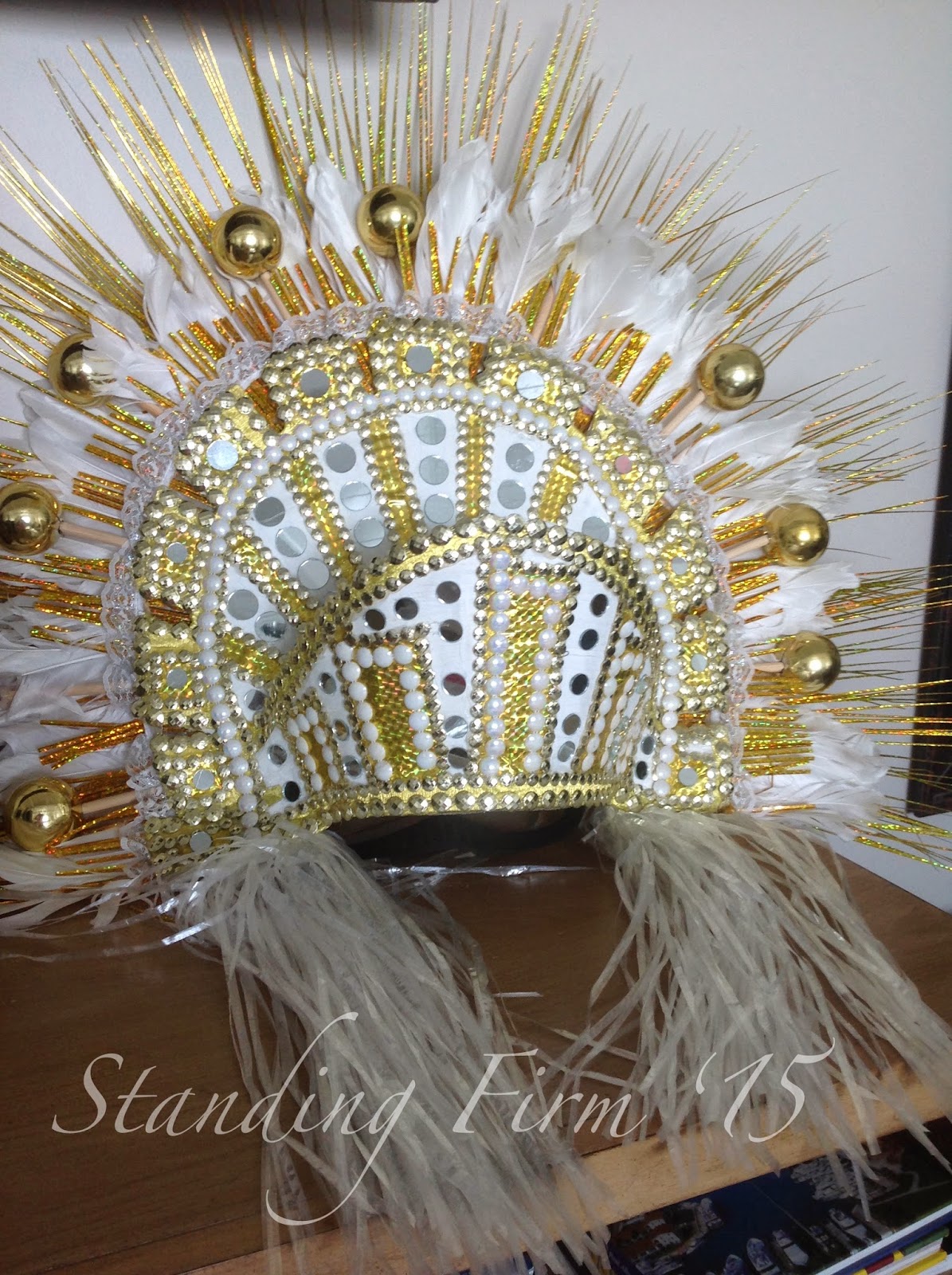 The horns, whistles, cow bells and drums produce an irresistible cacophony that demands a physical response.  The overwhelming onslaught of sound penetrates to the cellular level, causing each molecule of one's body to vibrate in rhythm with the pulse of the invasion.  Arms and legs begin to move of their own volition.  No need for headdress, mask, wire and papier mache cage bodies depicting dragons, butterflies, giant birds or mythological imaginings covered in mosaics of mirrors, feathers, glitter and beads.

Bodily gyrations say it all:  I be in da Bahamas, Mon!

Posted by Unknown at 9:42 PM No comments: