Welcome to the world of Spotty-to-Nonexistant internet!  I know it's been awhile, blogging buddies, but....in my defence....  Well, when one just can't get online, one just goes fishing instead.  So now that we have the chance, let's catch up.

After feeding the fish off Chubb Cay for several hours, both by offering them my expensive pre-rigged ballyhoo as bait, and by hooking and thereby disabling fish for the sharks to eat, we gave up in disgust. No fish for supper that night.  We are living nicely off stored provisions thank you. 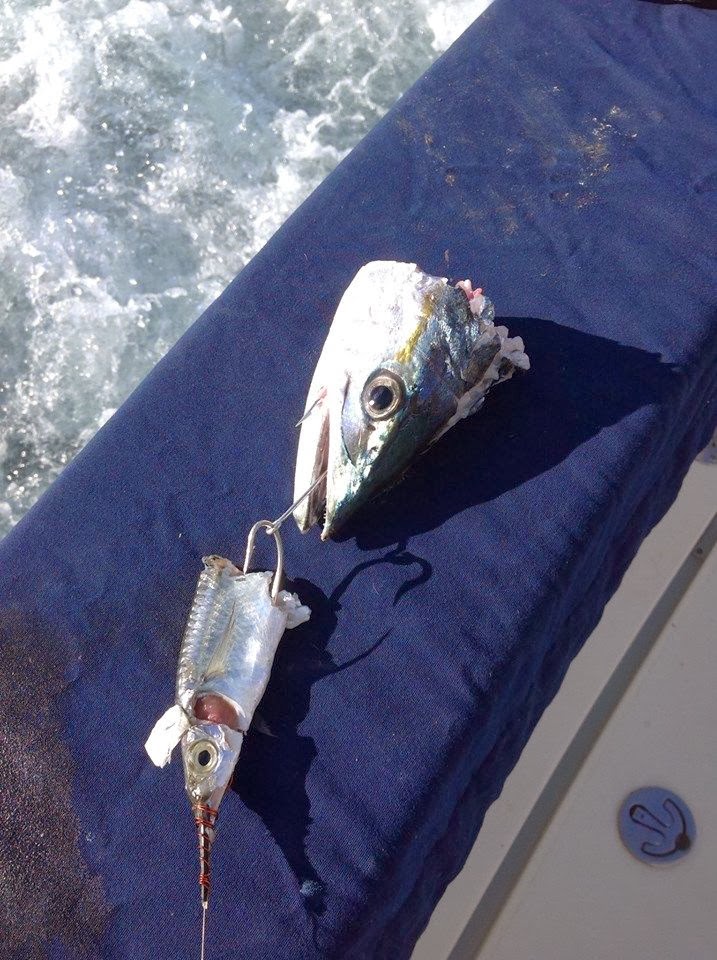 We moved from the Mako Shark and Baracuda-infested waters off Chubb, to the rich fishing grounds near Spanish Wells.  Locals call this area the "Jerusalem of the Bahamas".  Are they referring to streets paved with gold in the Heavenly Jerusalem of Revelation?  The waters here are teaming with fish of all kinds.  Captain B spotted a surface feeding frenzy as we made way.  Although the action dissipated as Steadfast approached, we got two strikes at once when our lines trolled thru the midst.  The bigger fish broke the line on our starboard side.  The port reel screamed as the line peeled away.  Even after cranking down the tension, I kept loosing line like crazy.  That fish was headed for the briny deep and wasn't taking no for an answer.  Sparing you the blow-by-blow of the fight, suffice it to say, I reeled in a 35 pound Yellow Fin Tuna. 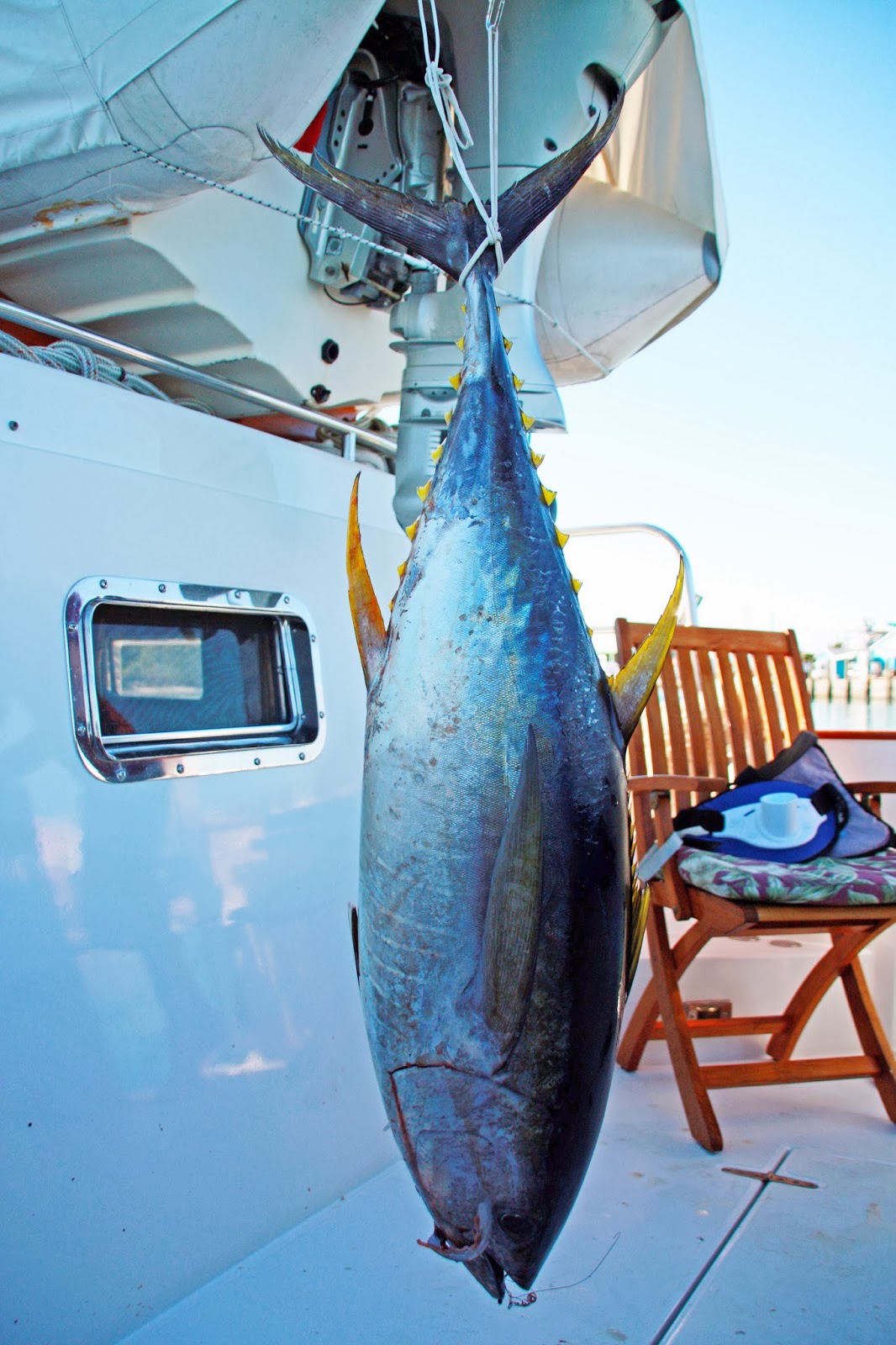 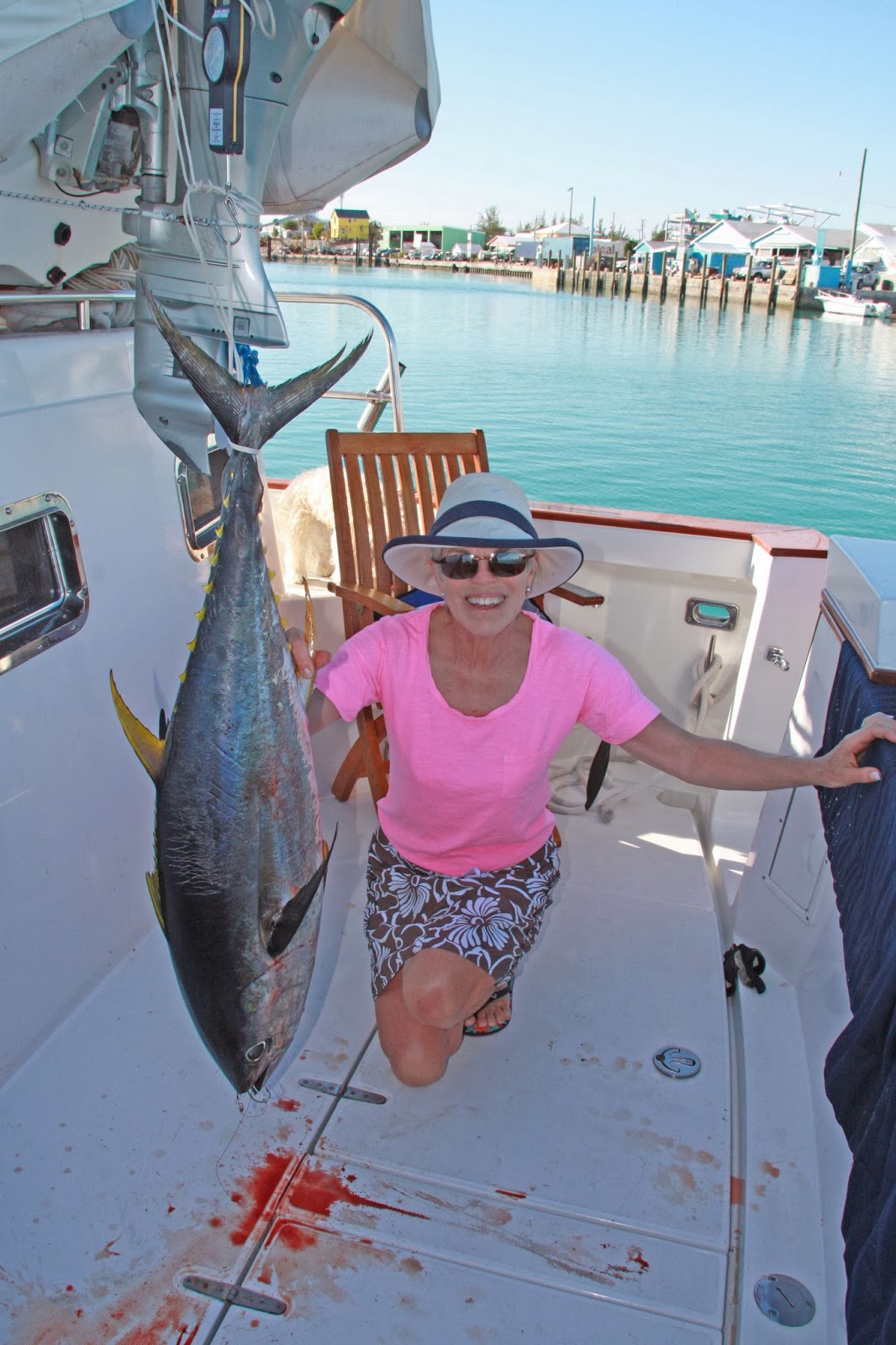 We are riding a mooring in the harbour of Spanish Wells once again.  Last winter, we sat here for three weeks.  Such a delightful place!  The beach here is one of the best--Jerusalem again. 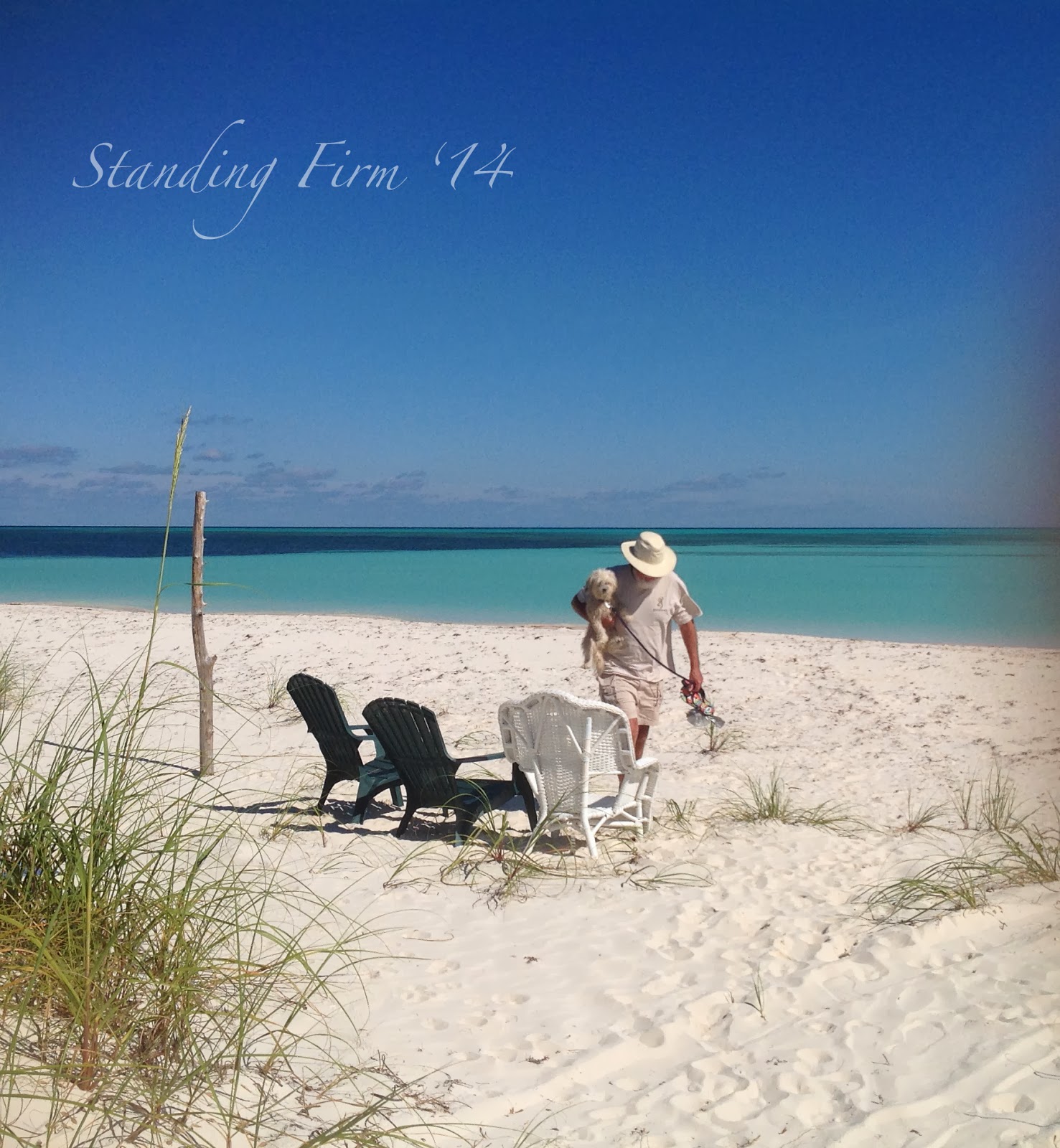 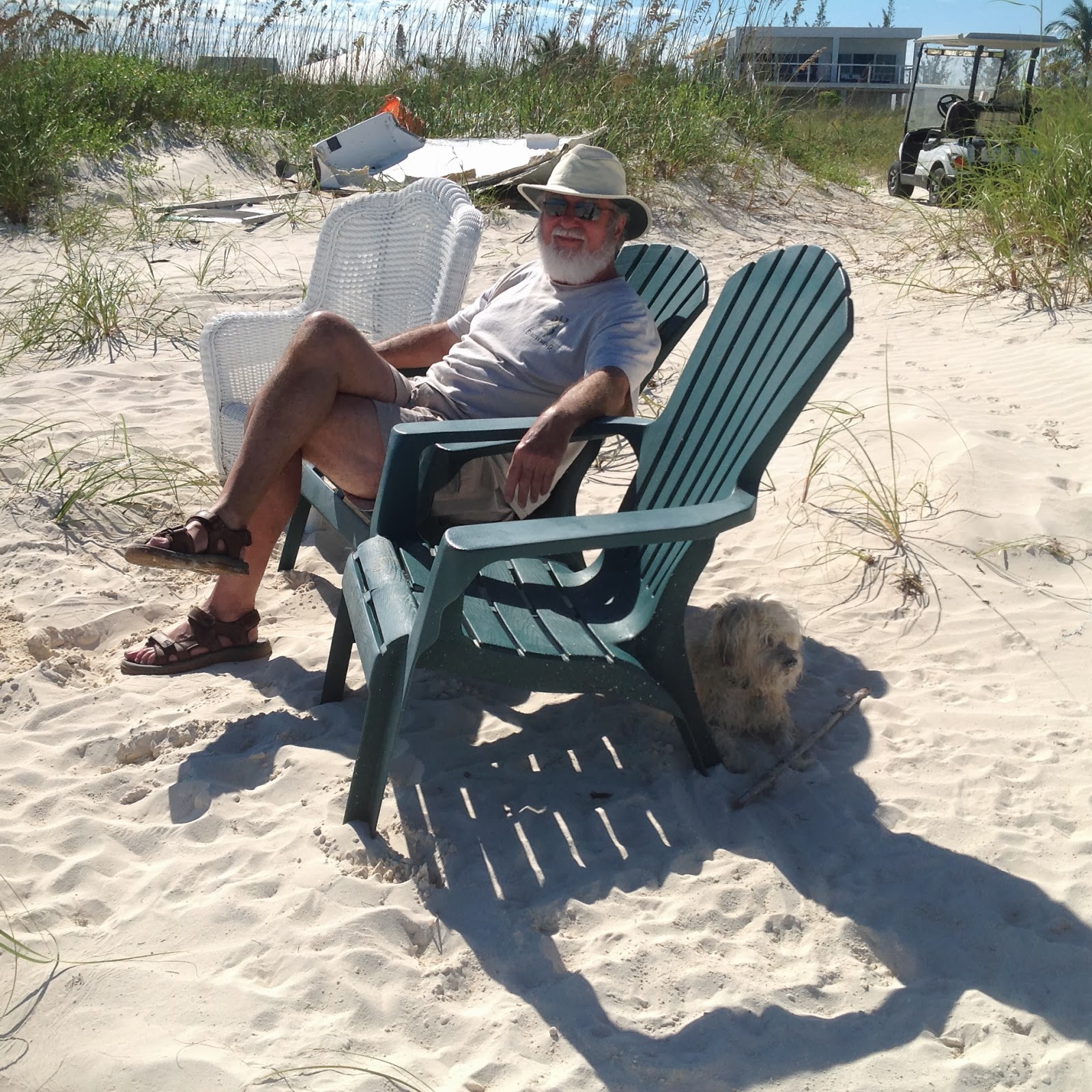 We are biding our time, waiting to cross to Nassau.  We will pick up guests for a week of cruising from Atlantis on down thru the Exumas.  In the meantime, Captain B is addressing an issue with the battery bank.  It seems that two of our five have given up the ghost.  We are experiencing shorter periods than we'd like, without either shore power or the generator working.  Captain has become a "Watt Nazi"!  Anything that uses electricity has been unplugged, from the ice maker to my electric toothbrush.  I draw the line at the deep freezer on the fly bridge, but he turns off the refrigerator at night.  Good Grief, Charlie Brown!  You'd think we were roughing it, or something.

Until we chat again, make sure your dingy is securely tied at night, wear your sunscreen and don't forget your hat.  Blessings.