Steadfast crossed the Atlantic Gulf Stream in early April, leaving the Bahamas and re-entering US waters.  Captain B uses careful consideration as to when we make our crossings, due largely in part to the whining and complaints from his crew (AKA:  me). This amazing stream/ocean current is a warm, swiftly-moving river of water that ranges from 800 - 1200 meters deep and averages 100 km. wide.  Moving at a speed of 5.6 mph, it is a force to be reckoned with for boats like ours.  Things can get nasty when the wind and current are moving in opposing directions, building turbulent seas and uncomfortable sailing conditions.

From Bimini to the St. Lucie inlet took about 61/2 hours--a pleasant, uneventful crossing under clear skies and calm seas.  Thank you, Captain B.  It was another 2 hours more before we reached our marina.  First we had to clear the inlet in Stuart, Florida.

Florida's Martin County has this one access to the Atlantic Ocean. A conduit between the inland InterCoastal Waterway and the Okeechobee Waterway and the Atlantic Ocean, it is of importance to commercial and pleasure boating traffic, ecological concerns (sea turtles and other species) commerce, public and private dockages.   A Federal inlet, it is usually maintained on a four year schedule by the US Army Corps of Engineers.   Recent active storm seasons and natural water flow have accelerated shoaling in the area, making for serious navigational hazards.  So much so, Tow Boat US keeps a patrol boat there at all times to render immediate assistance and advice as it becomes necessary.  We chatted them up on VHF radio to double check the channel as we picked and dodged our way thru.  Shallow, murky water makes Captain B very nervous.  Between November 2013 and April 2014, federal, state and county money, to the tune of $11million, paid to clear 350,000 cubic yards of sand and debris from the navigational channels and containment basin of this one inlet.

We made it thru and proceeded to the double Roosevelt Bridge on the St. Lucie River.  The new bridge tender is a woman with the cheeriest, merriest, most up-beat personality we've ever heard on the VHF.  Not to paint them with too wide a brush, bridge tenders are notorious for their surly, uncooperative attitudes.  Maybe they burn out and this one was new to the rigours of life on the waterway.  We'll give you an update next season, after she's been on the job for a year or more.

The very last leg of our journey was the lock entering the Okeechobee Waterway.  River Forest Marina lies just west of the lock--Steadfast was almost home. 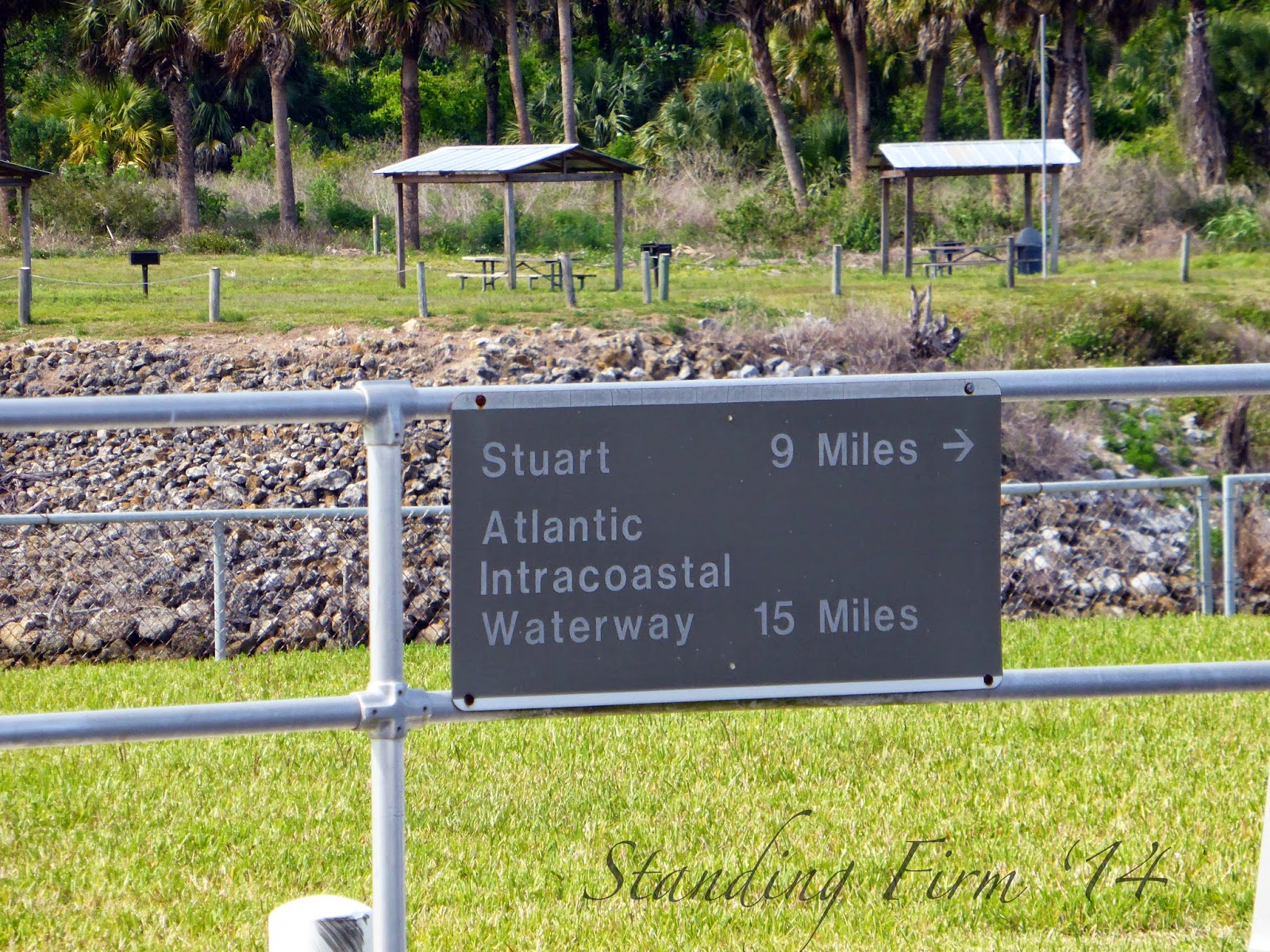 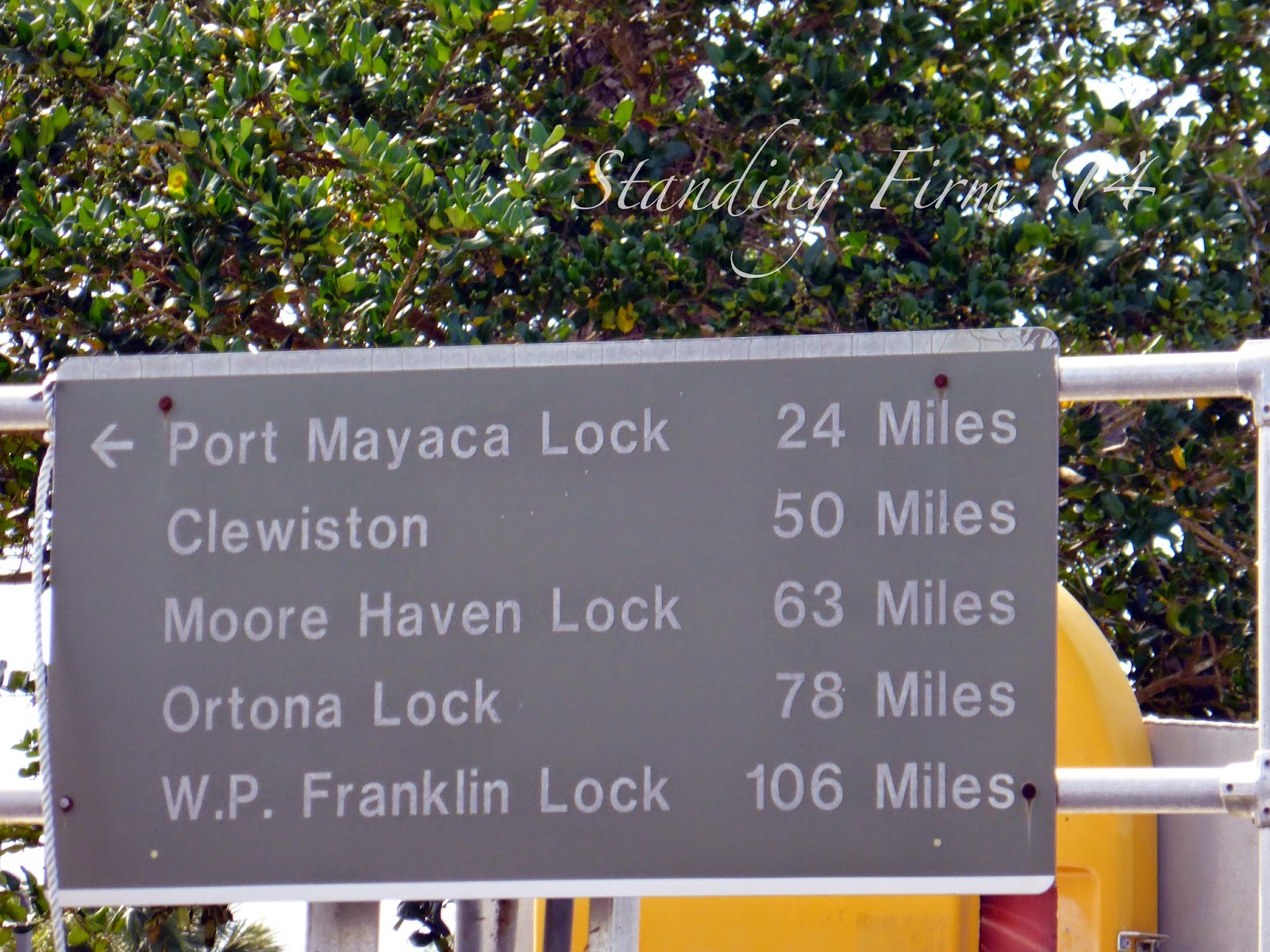 We took our time approaching, as this lock was under repair.  When we finally made it inside, it looked dubious as to whether or not things were truly working.  It took three tries to get the east gate to completely close. 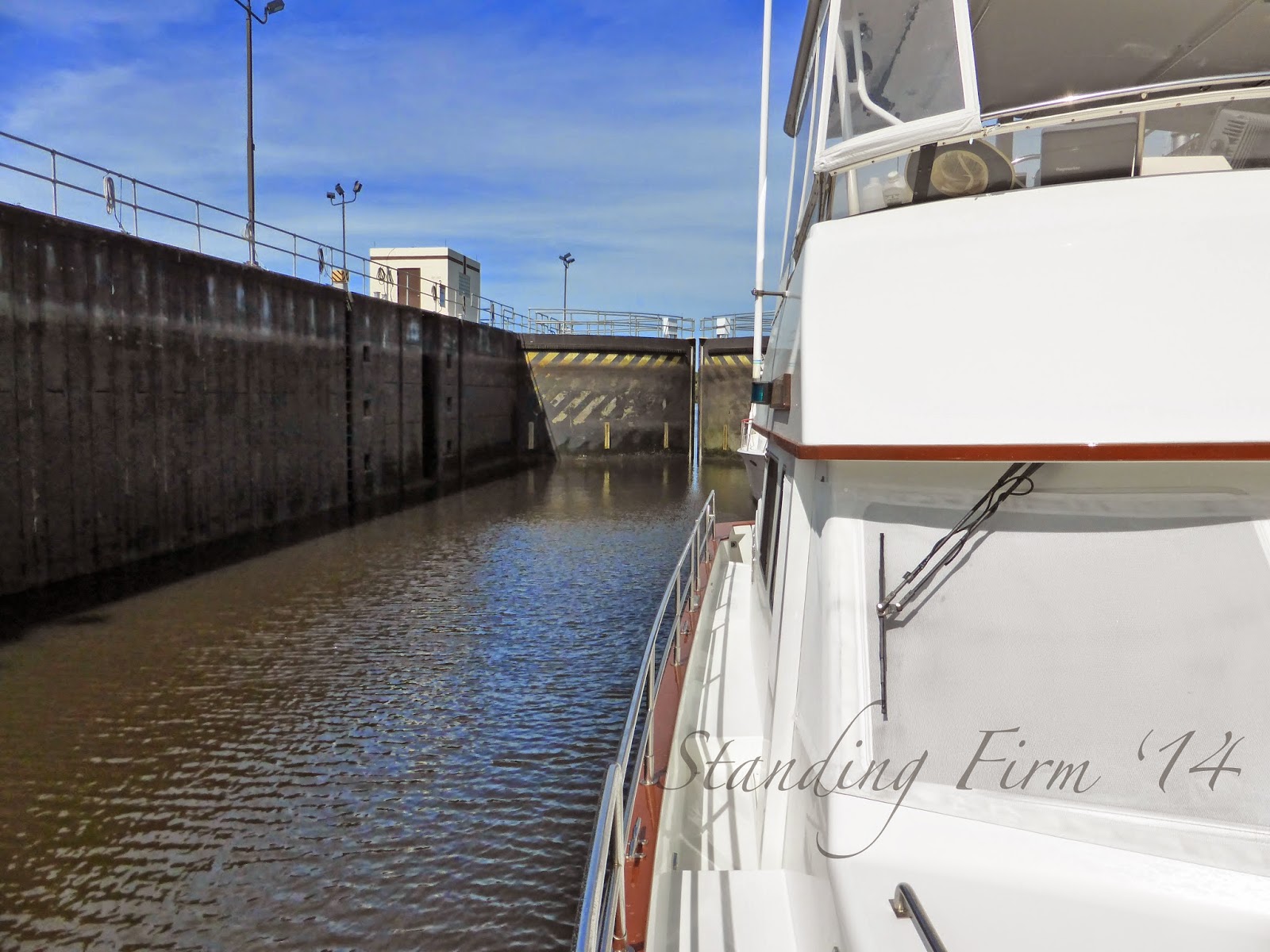 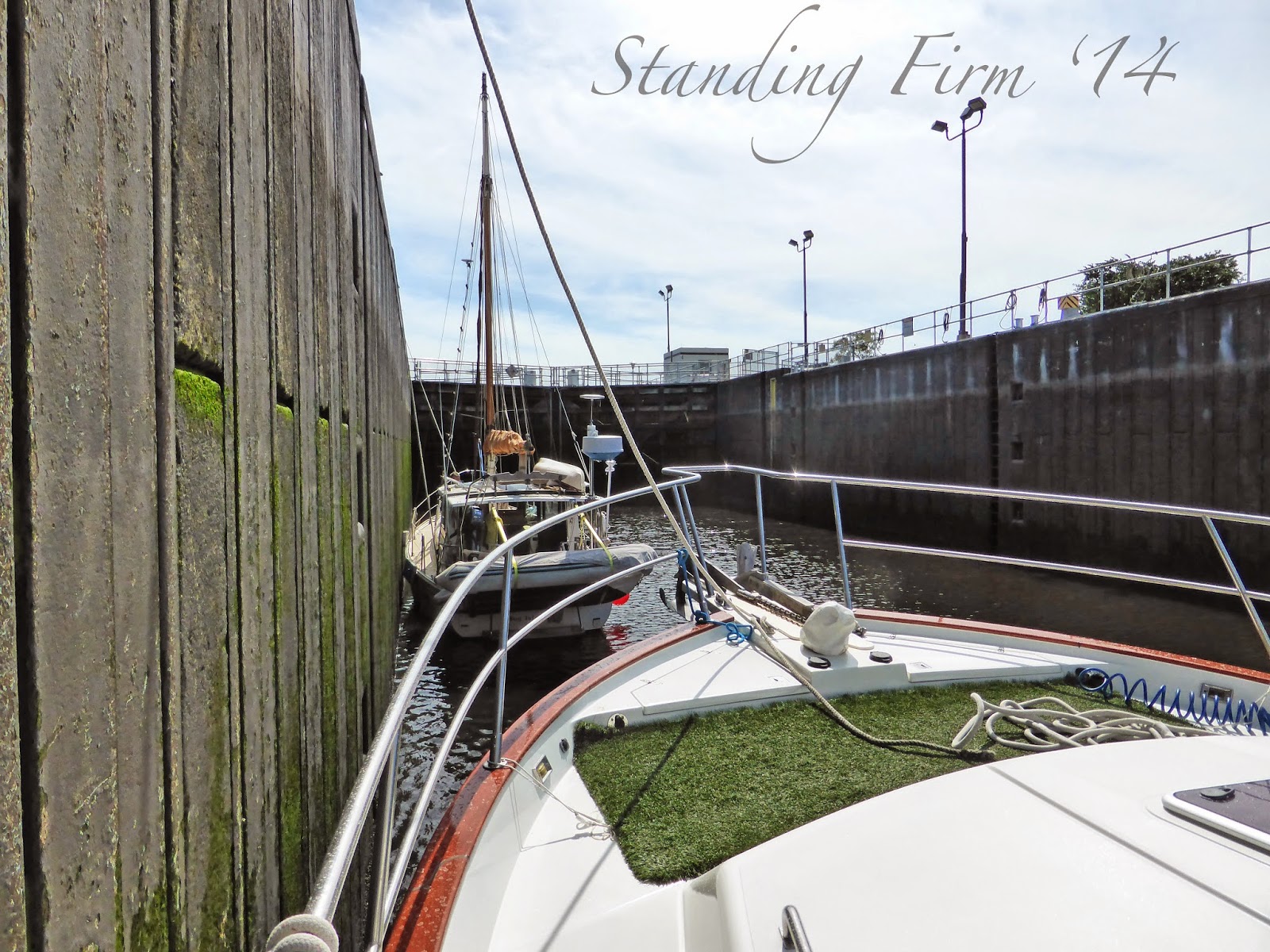 There were three of us making the westerly passage, a sailboat ahead of Steadfast and one power boat behind us. 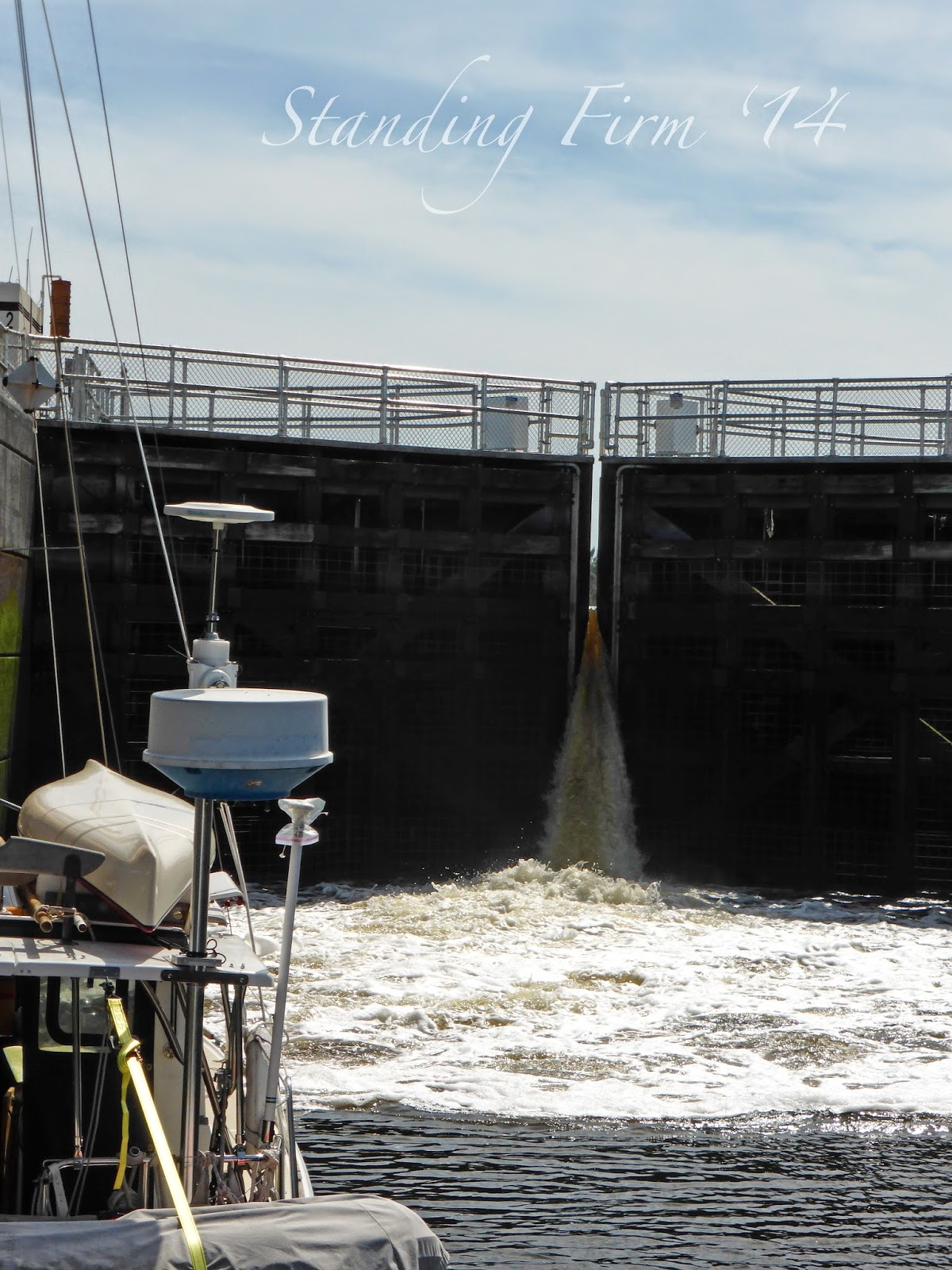 Once the east gate was secure, the western gate began to slowly allow gushing water to raise us to the next level on the river. 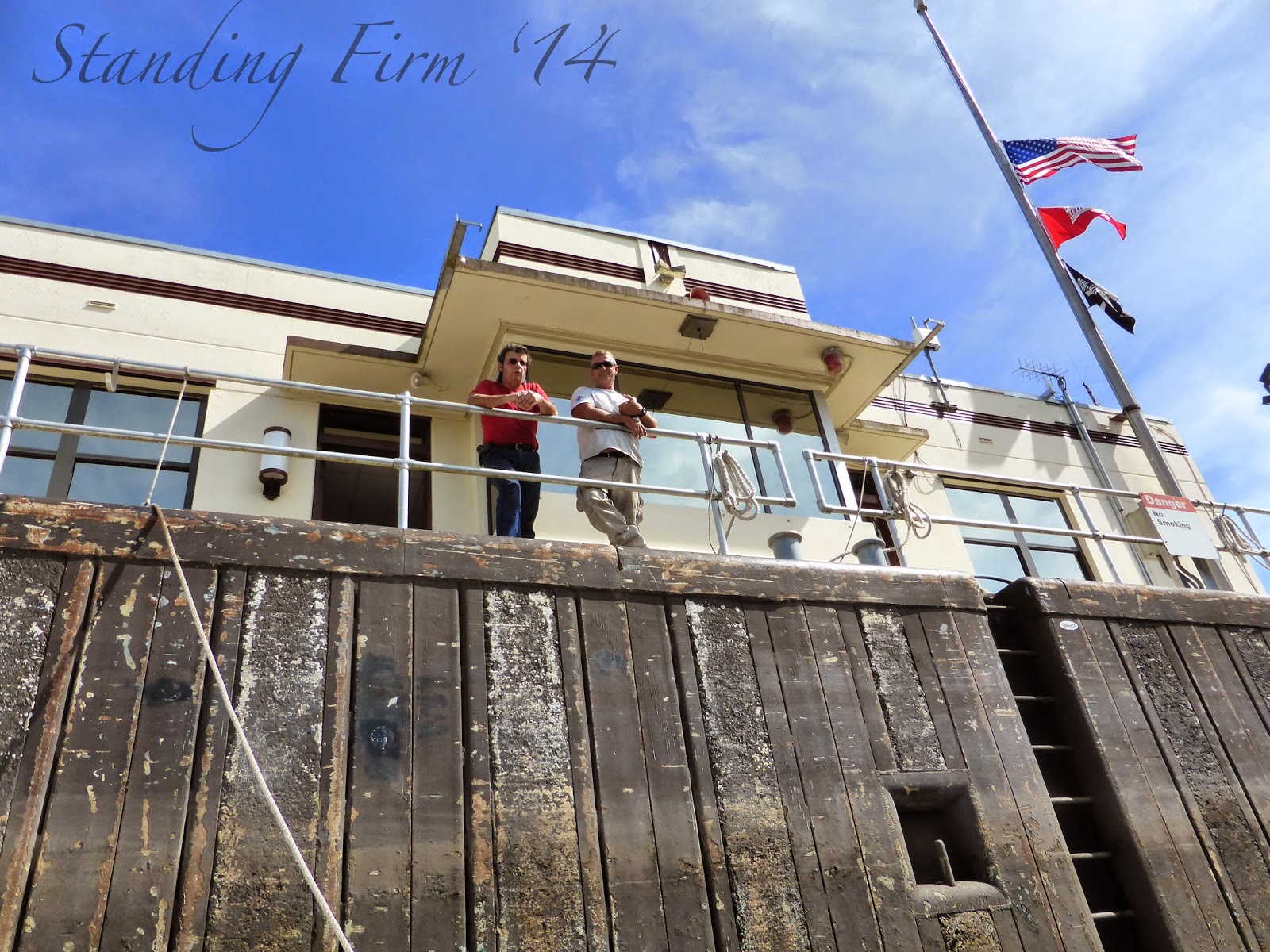 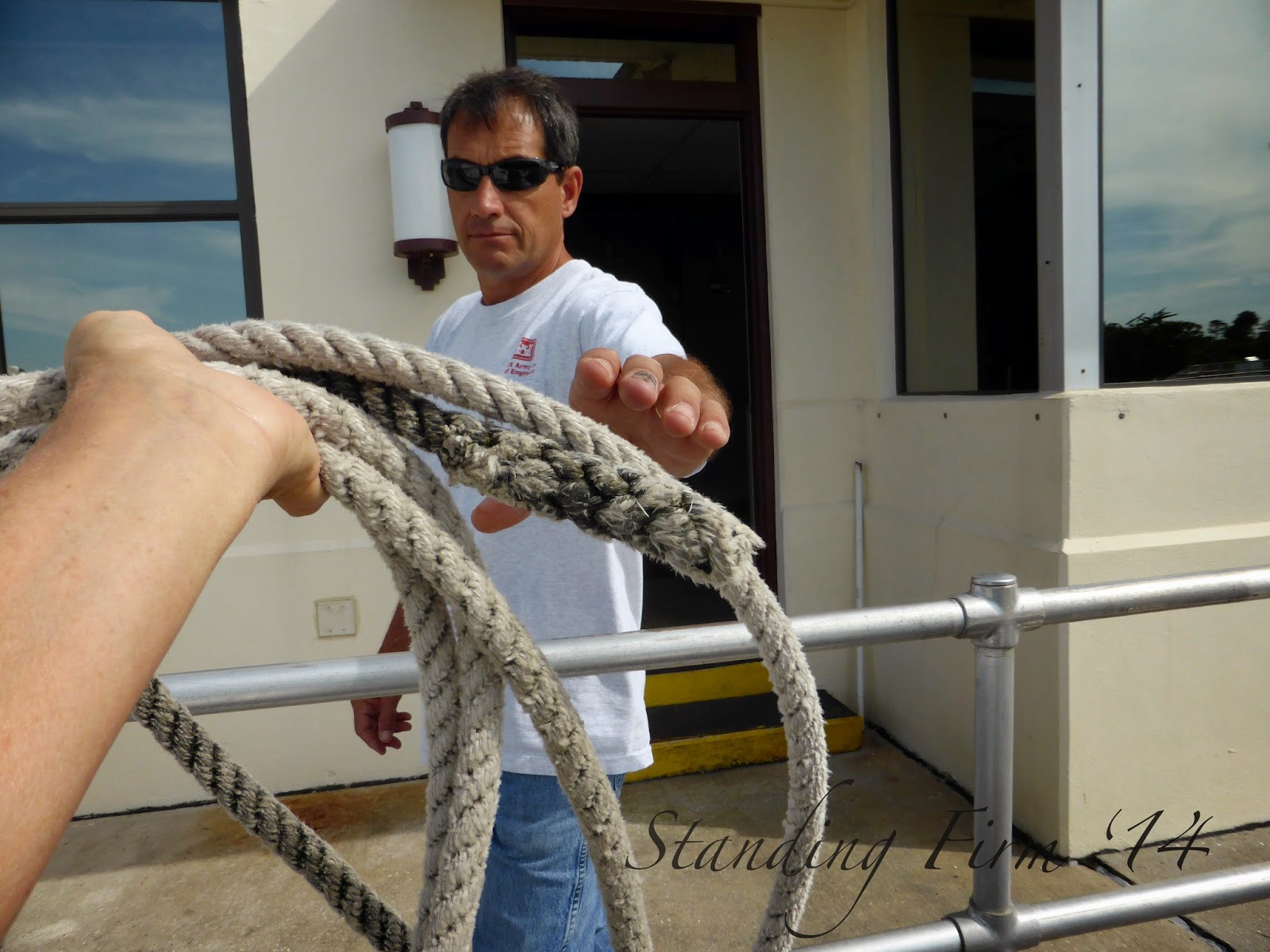 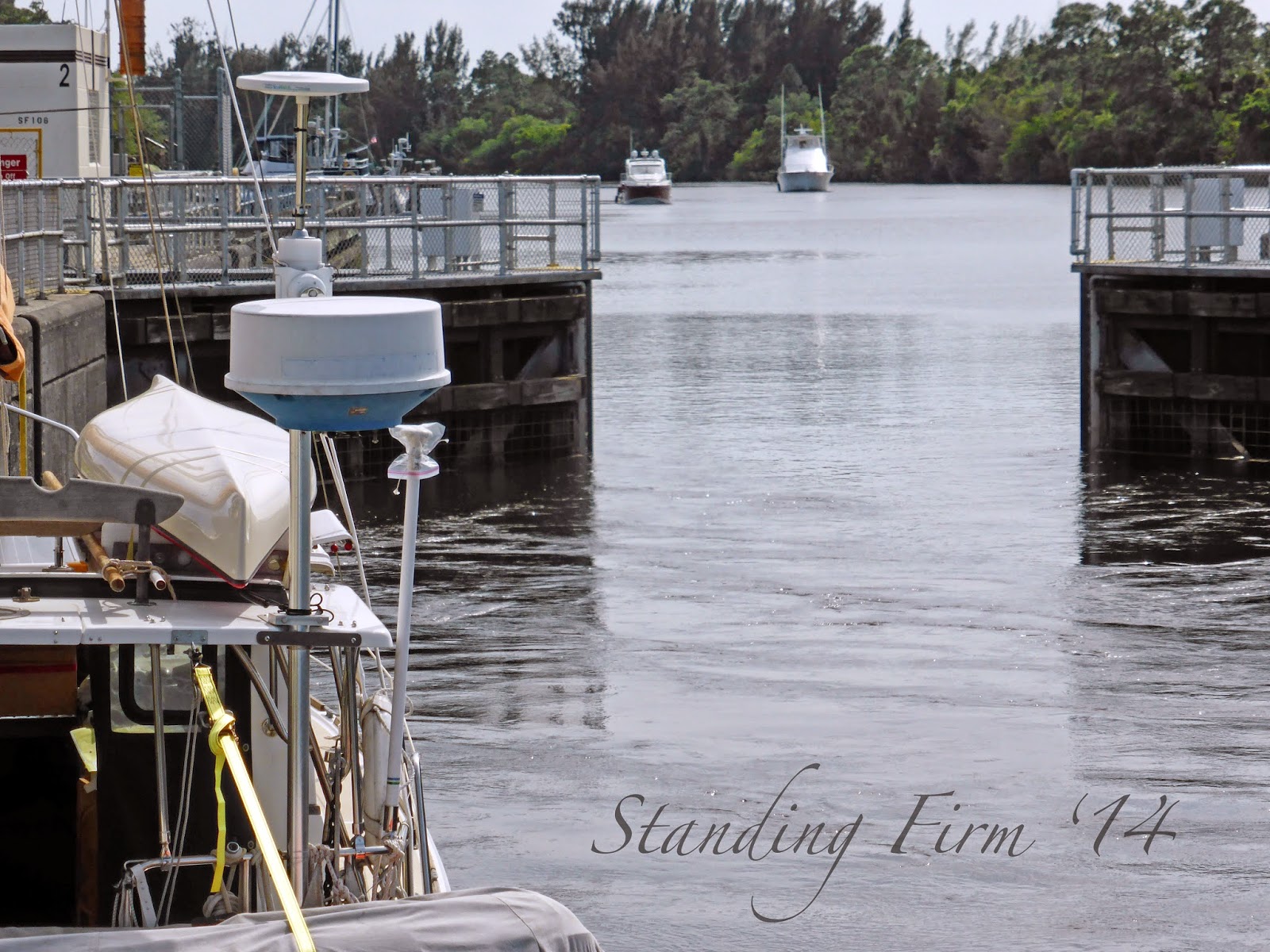 Ten minutes later, we pulled into our slip at River Forest Yachting Center.  Home, Sweet Home for Steadfast once more.

The winter boating season for Steadfast is over.  The summer season for Pescatora is about to begin.  Instead of dodging shoals, we will be on the lookout for rock--a much less forgiving encounter if one should happen to come upon such a hazard.

What does this season hold in store for you all?  Any holiday plans, excursions, picnics or parties?  I've heard there will be a wedding or two, some building projects, and maybe an election for Canada (AGAIN!!!!)  Keep the faith.  The best is yet to come.