Yes, it's been a long time.  Life happens.  I'm baaaaaaaaaaaack.

This week, Captain B helped me celebrate a family tradition, one we as a family no longer do together.  When our kids were in Elementary School, I'd declare my own professional development day, take the kids out of school and make a mini-holiday out of it.  Now that the kids have grown up and moved away with kids of their own, and now that my Mum is no longer here to go with me, it was just Captain B and me.  We made the hour drive into Toronto, to the Canadian National Exhibition Place, to visit the Royal Agricultural Winter Fair.

When I was the group leader, we'd visit the horse show.  Captain B wasn't interested.  He lasted thru one jumper doing the ring and that was that.  We moved on to the cows.  He likes cows.  His grandfather had a dairy farm. 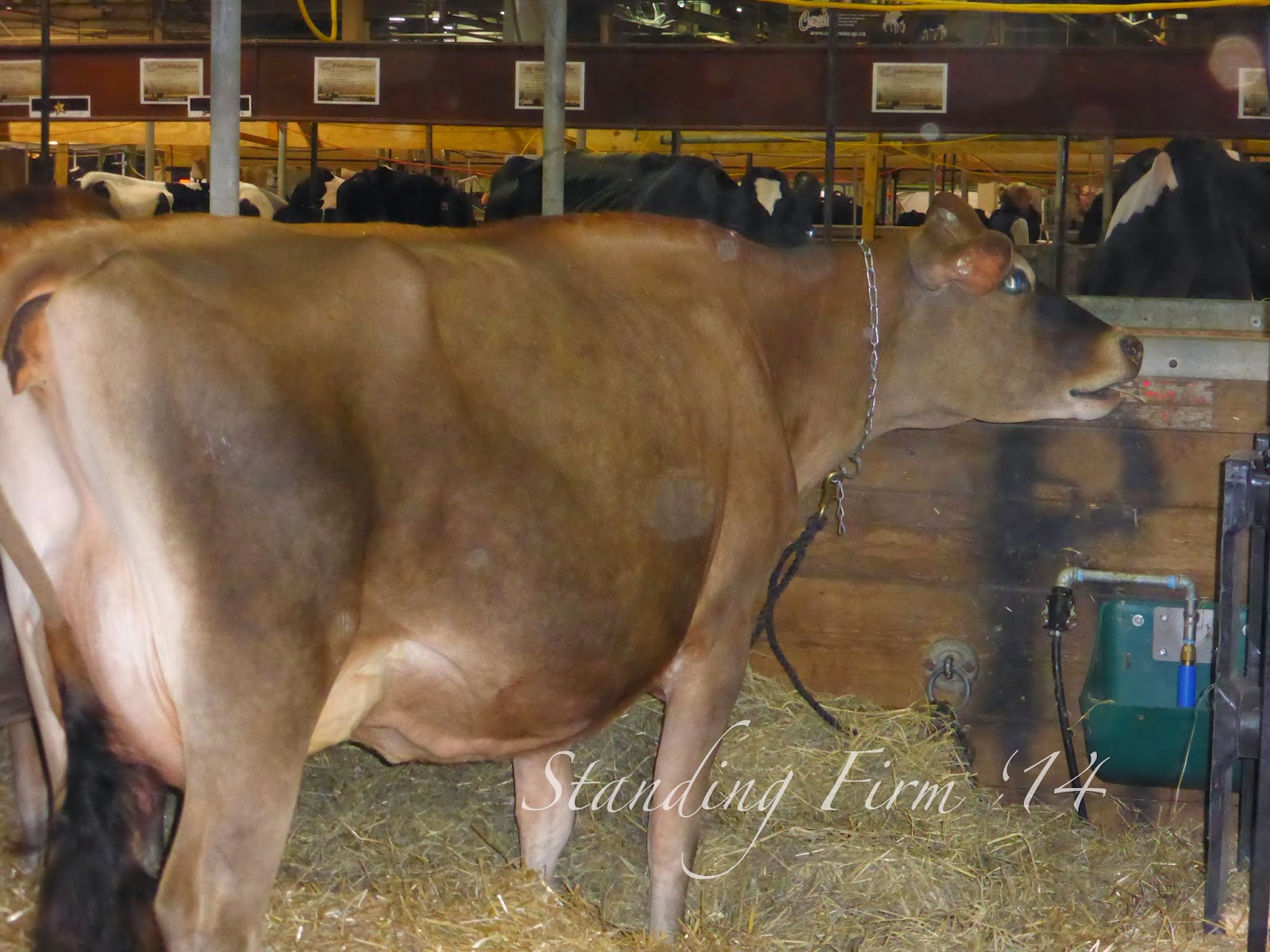 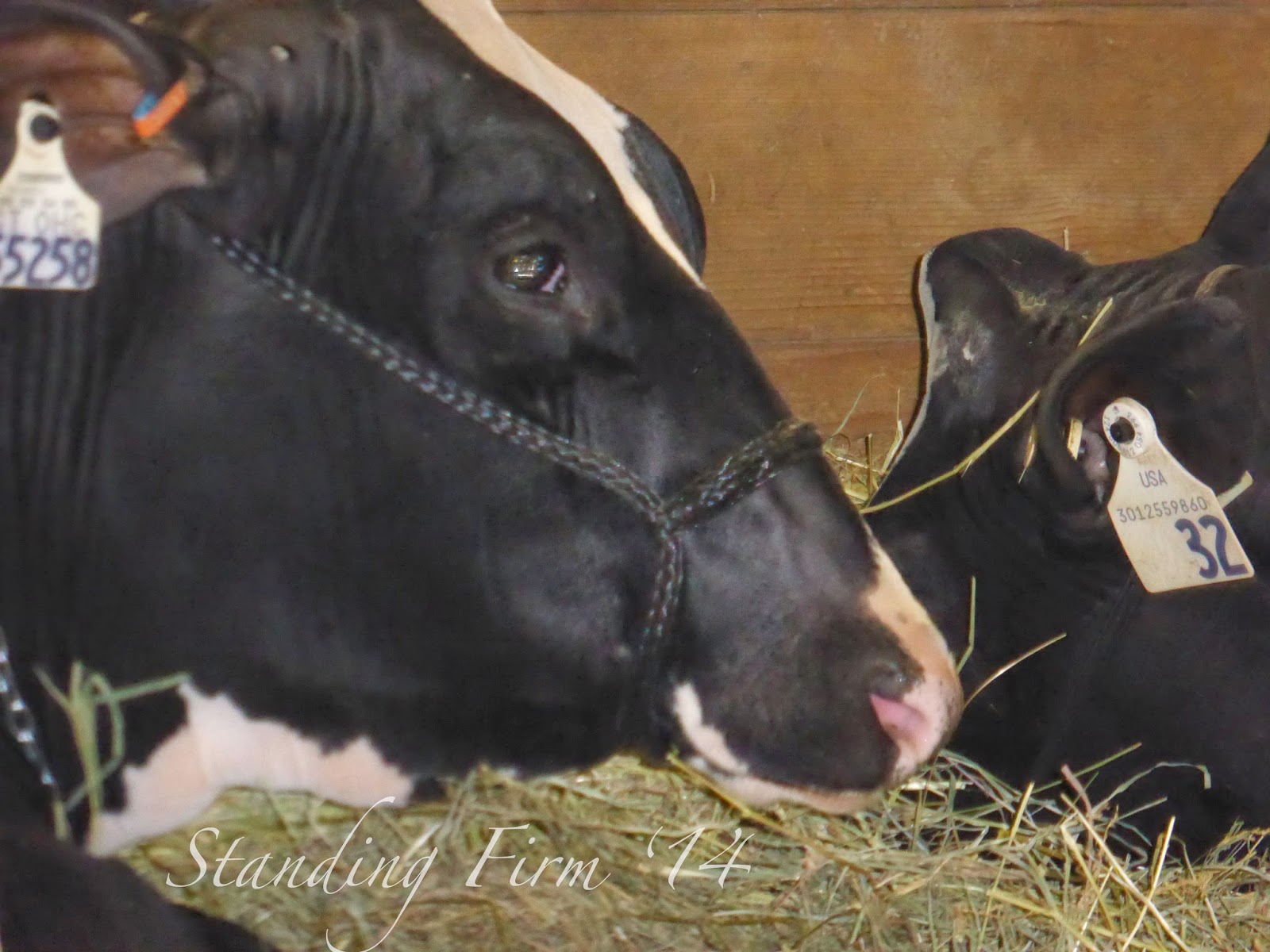 The milking demonstration was much as you'd expect. Captain B says it's still much as it was when his uncle was doing it 20 years ago.   I lost the guessing game of "How much milk do you think a cow produces in one day?"  Do you know?  The answer is:  30 liters a day, over two milkings, 12 hours apart.  Who knew????

On to the pigs. 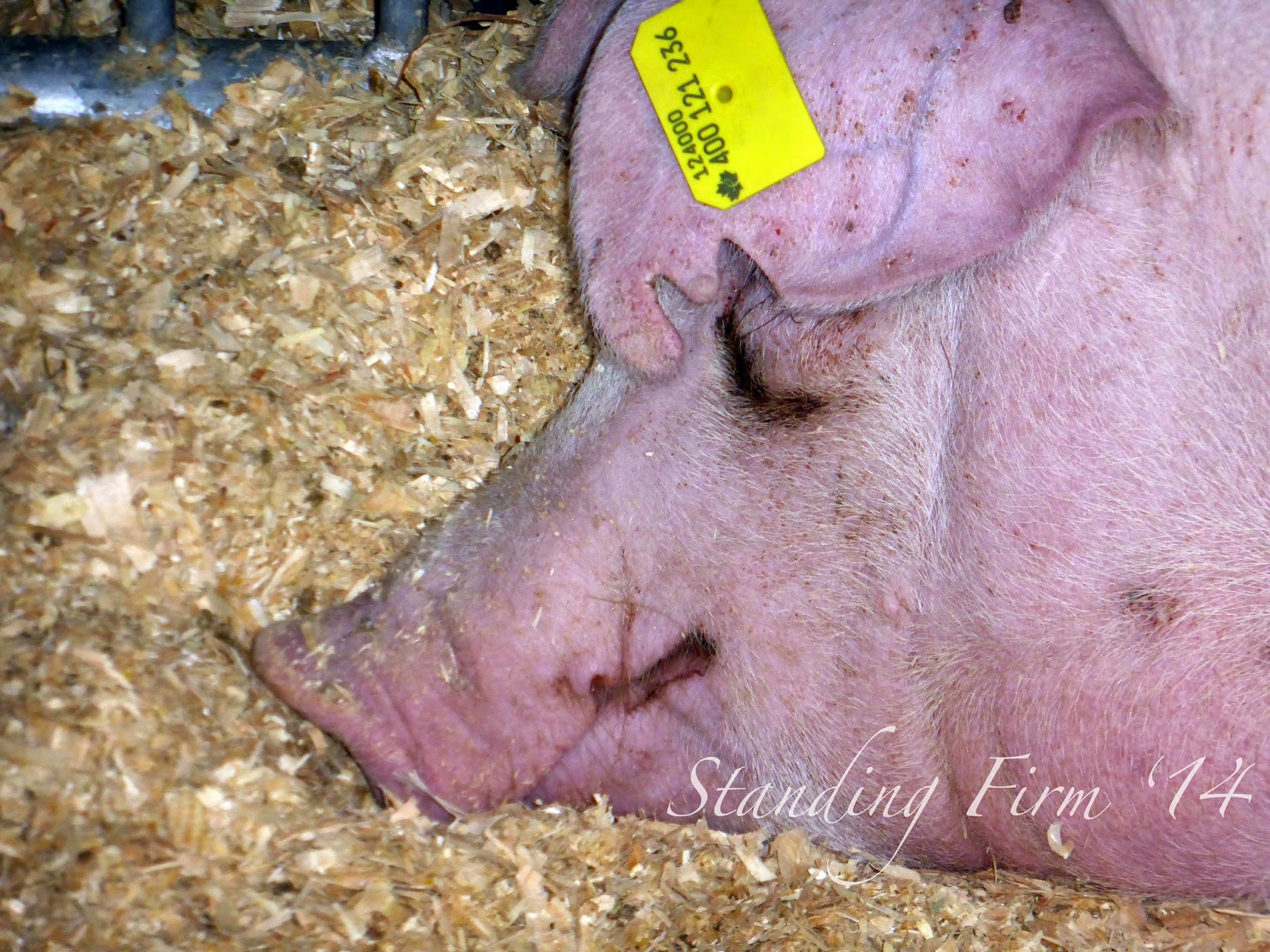 I googled Swine Ear Notches and Tags.  In simplified terms, this is what I learned:  the notches in the right ear designate which litter the pig was born in.  The notches in the left ear tell what number in the litter the pig is.  There were no screaming headlines about cruelty to pigs, just documentation of the fact that this little piggie is duly tagged and therefore legit with the pork marketing board of Ontario. 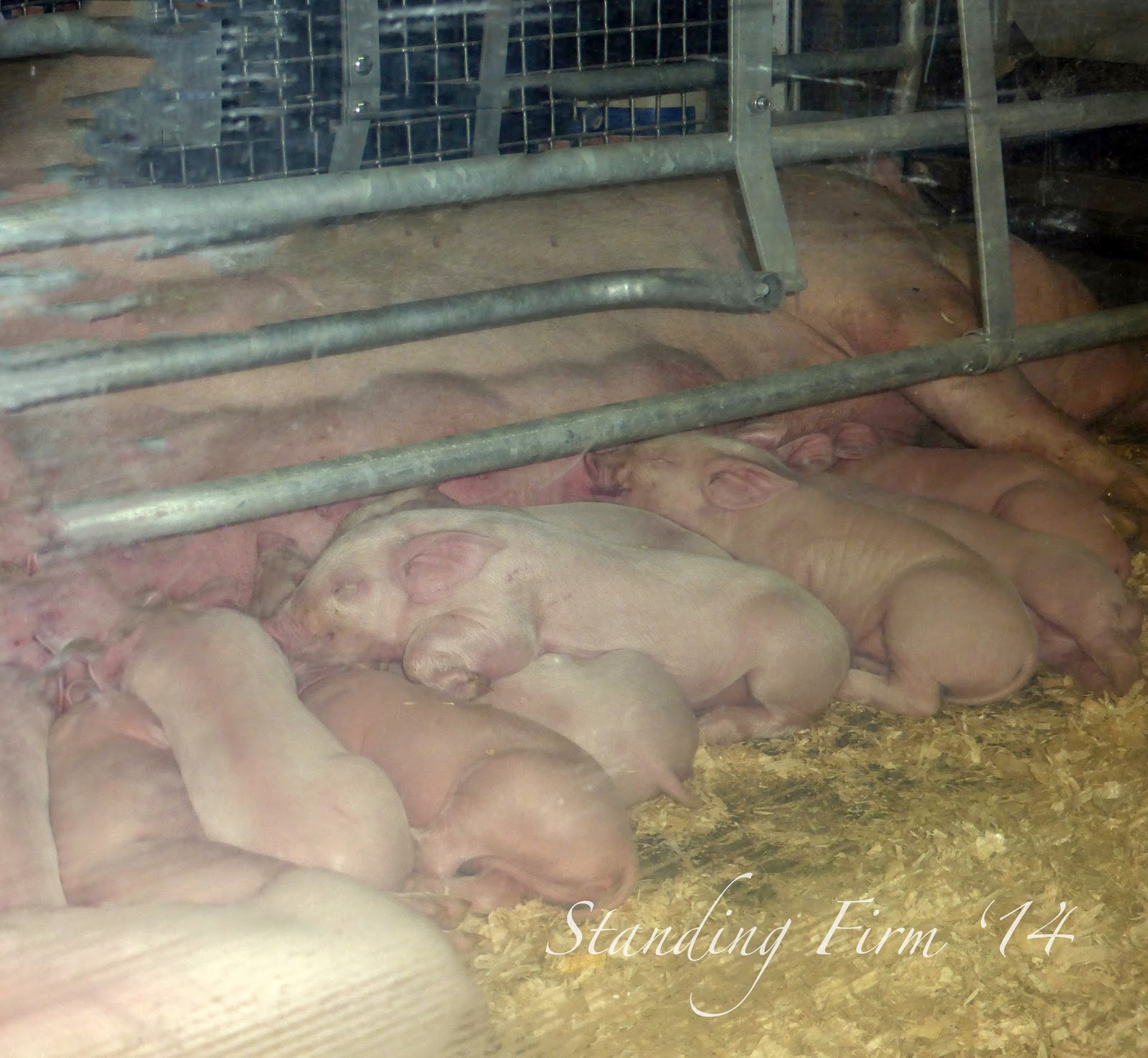 Watching the suckling pigs was fun.  Mama pig is kept from squashing her babies by the metal cage around her, called a farrowing crate.  With a litter of 16 wee ones, there is constant jockeying for position to get a meal.  There are lots of google posts about the cruelty of this system, but I was like the children there, happy to see baby piggies.  Pigs are very social animals, with over 40 vocalization patterns of communication.  They say.... pigs are smarter than dogs and most 3 year old children......  Remember the TV show called "Green Acres?"  Arnold Ziffle, the pig, could write his own name, change channels on the TV and play the piano.  Yup, more able (not necessarily smarter) than my three year old Grandson, also named Arnold. 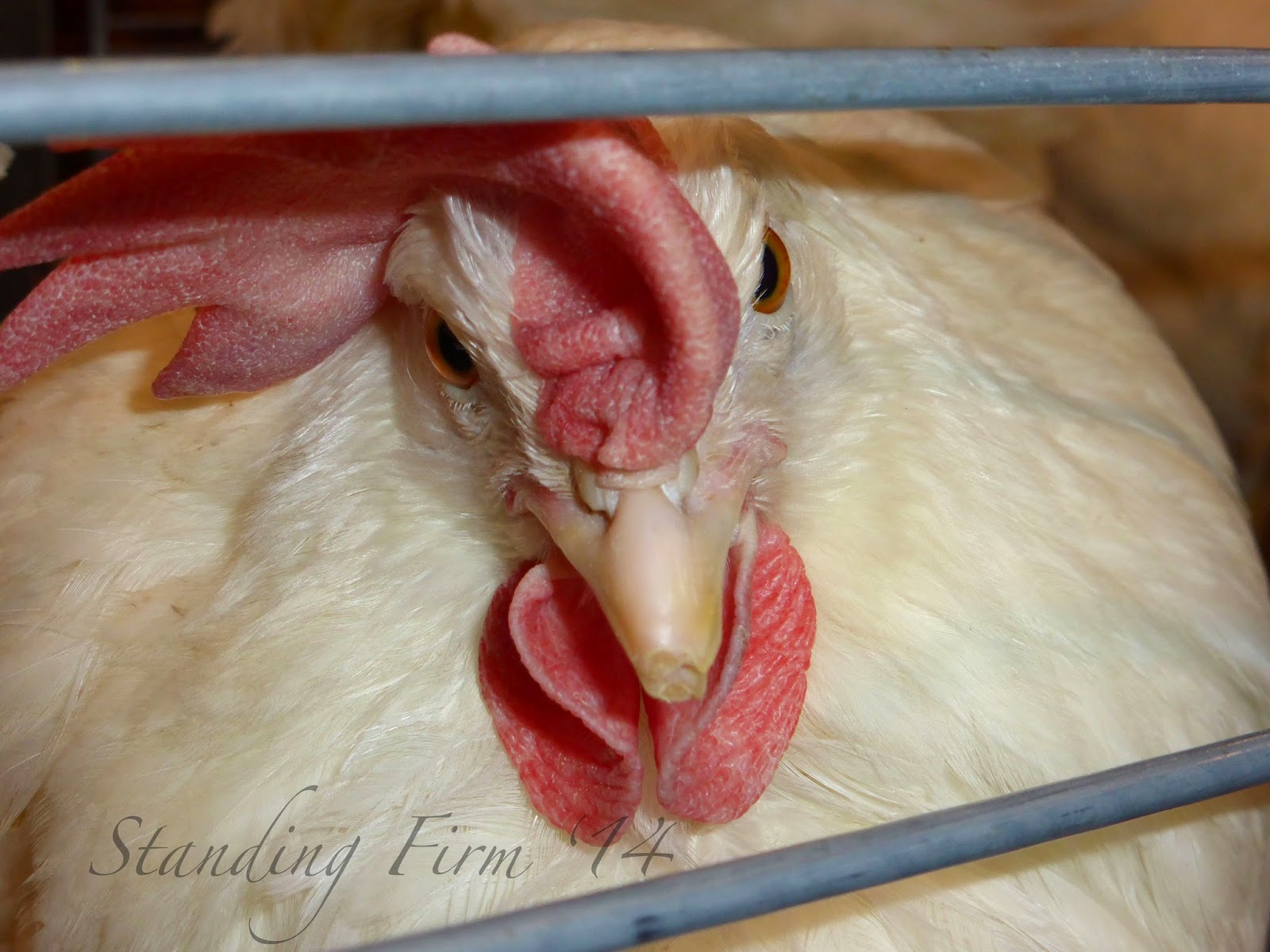 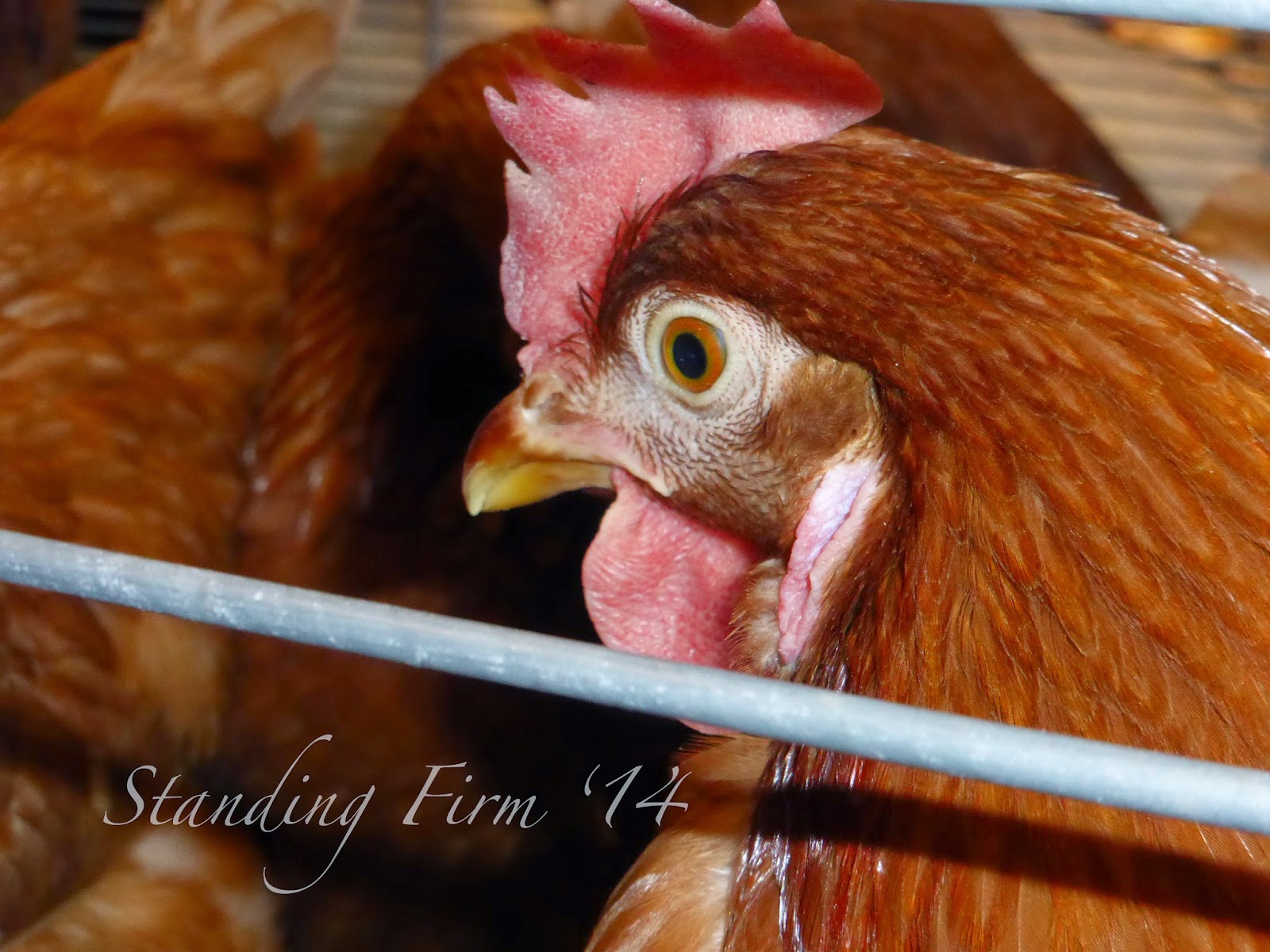 It wasn't until I got home and saw my photos of the chickens that I noticed the "broken beak".  Turns out "Debeaking" is done on purpose to prevent egg layers from pecking obsessively.  Oh my!  There are armed camps of chicken-lovers ready to go to war against the perpetrators of this obscenity. 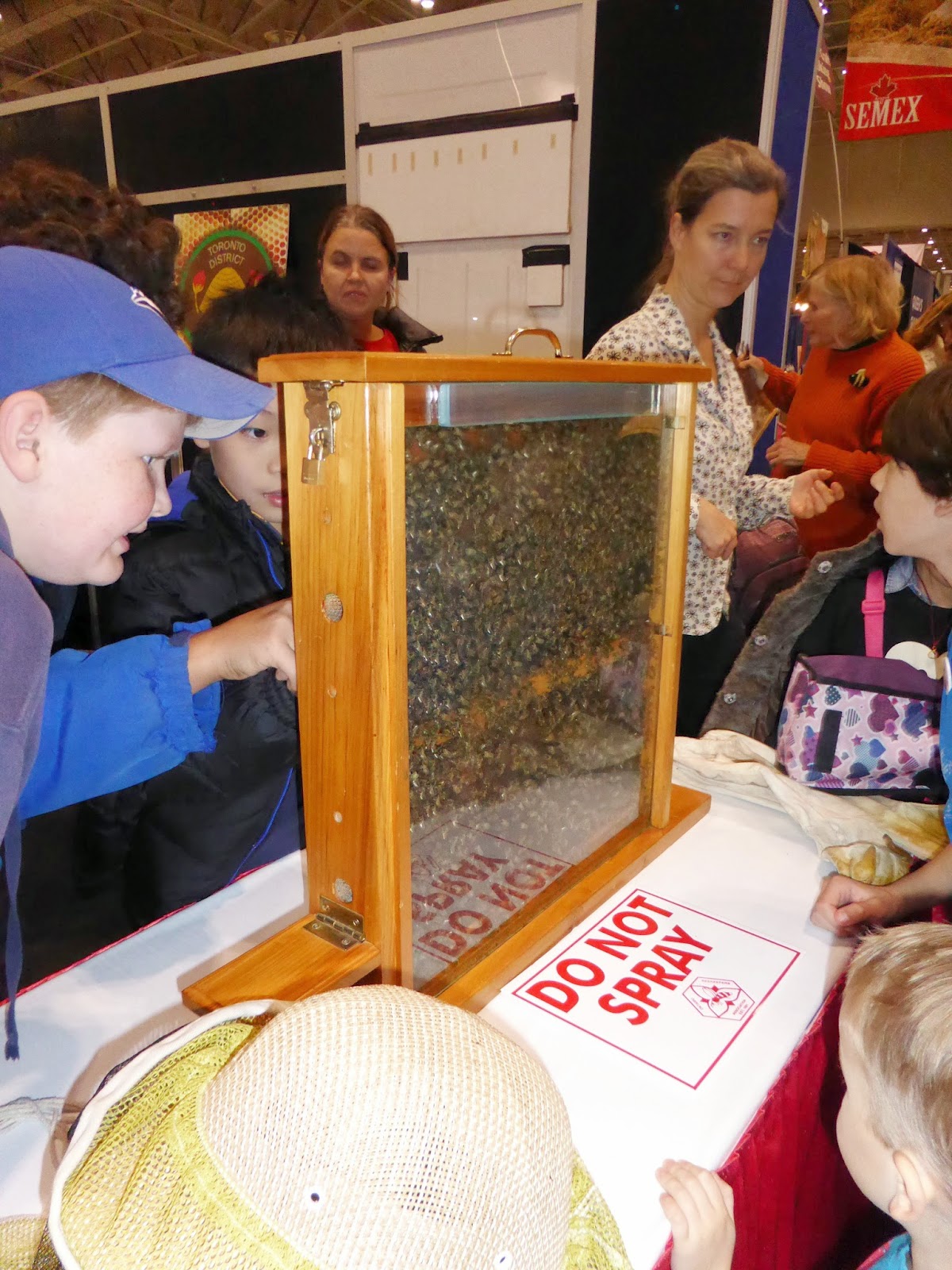 We were duly educated about the production of honey, the diminishing bee population and the survival of our planet. 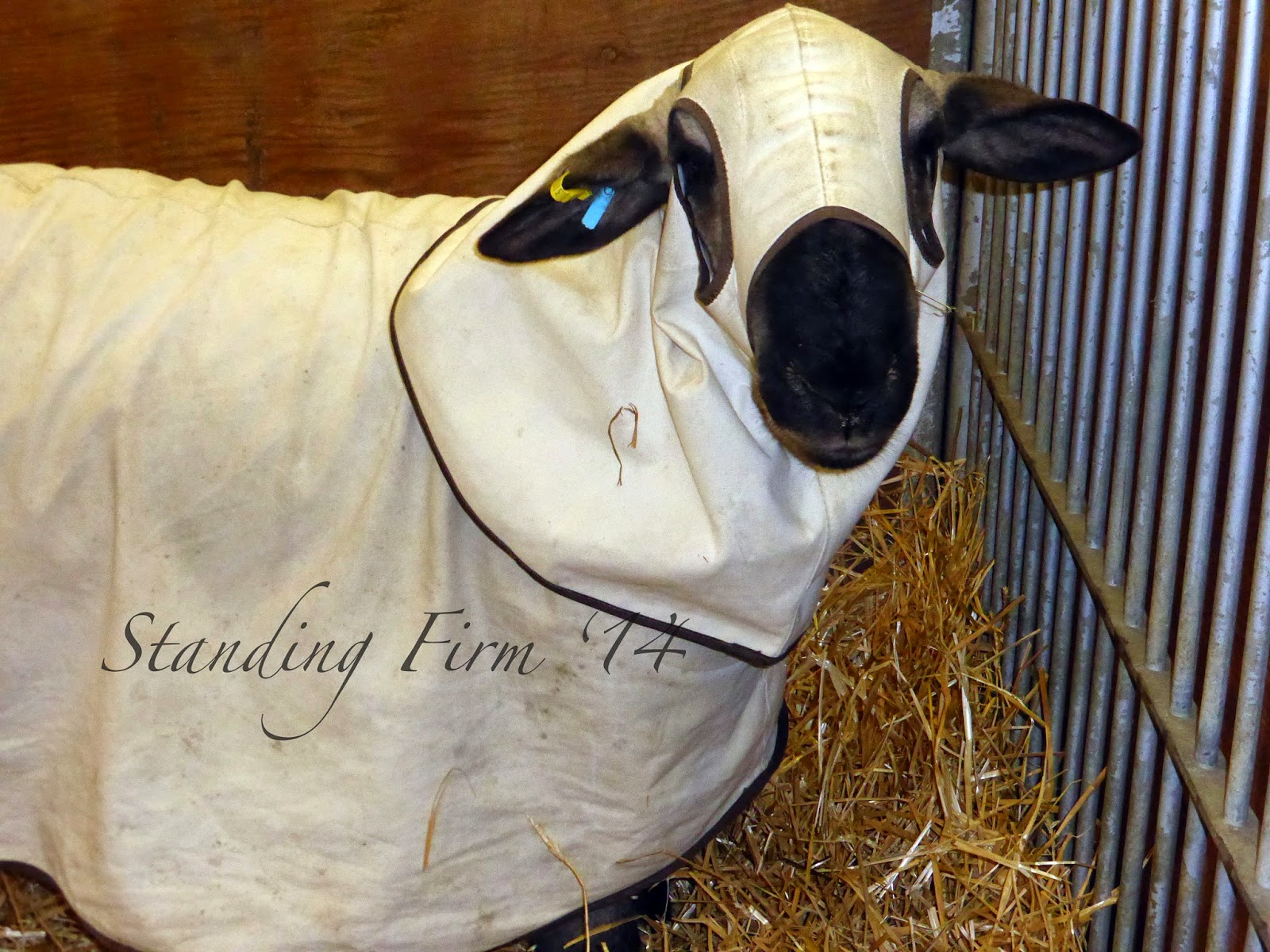 Sheep yeild 8 pounds of wool at each annual shearing.  This handsome dude is wearing his cloth coat to keep him clean and warm until showing, after his recent hair cut. 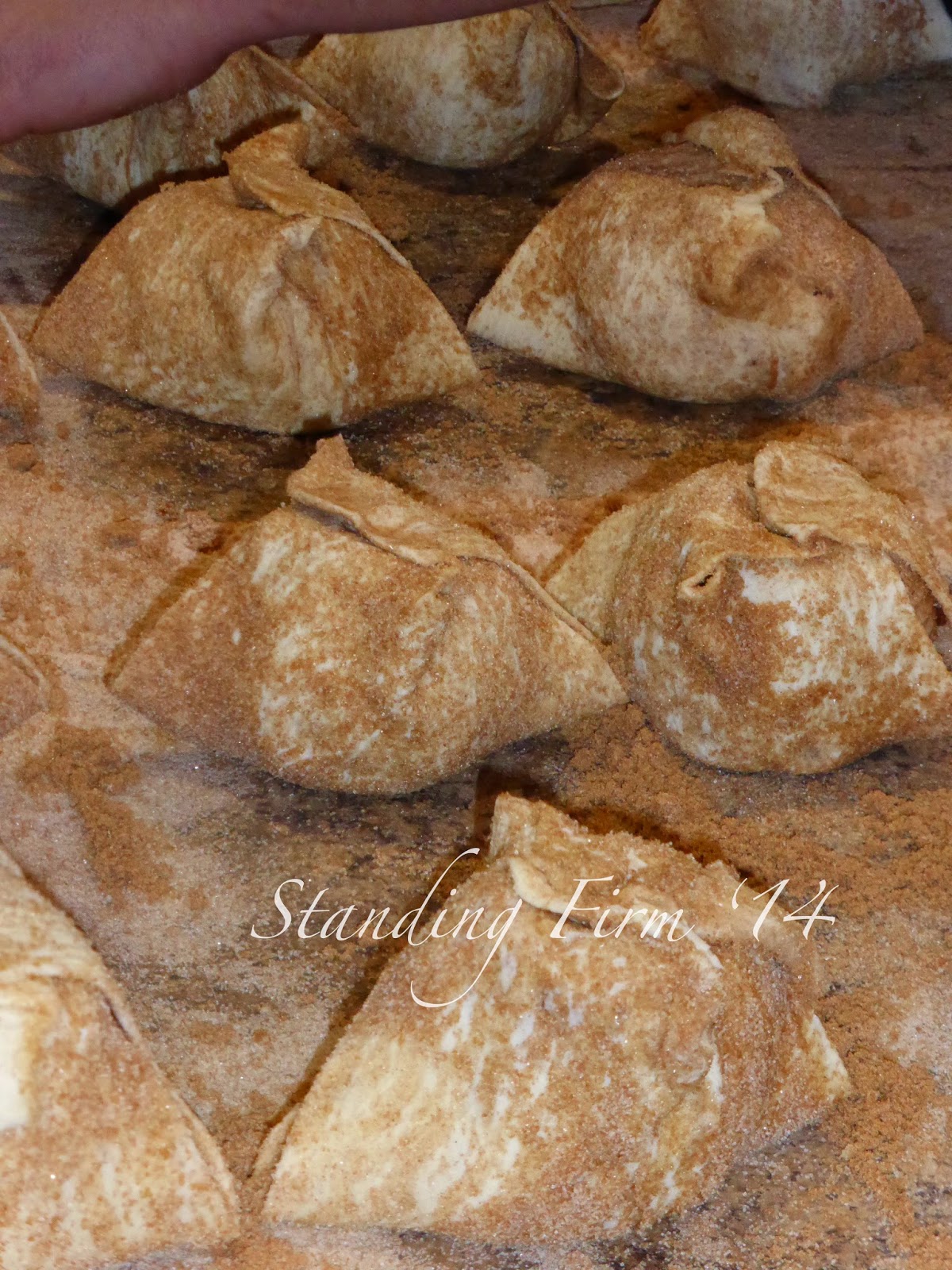 I was sorely tempted to indulge in an apple dumpling.  They smelled so good! 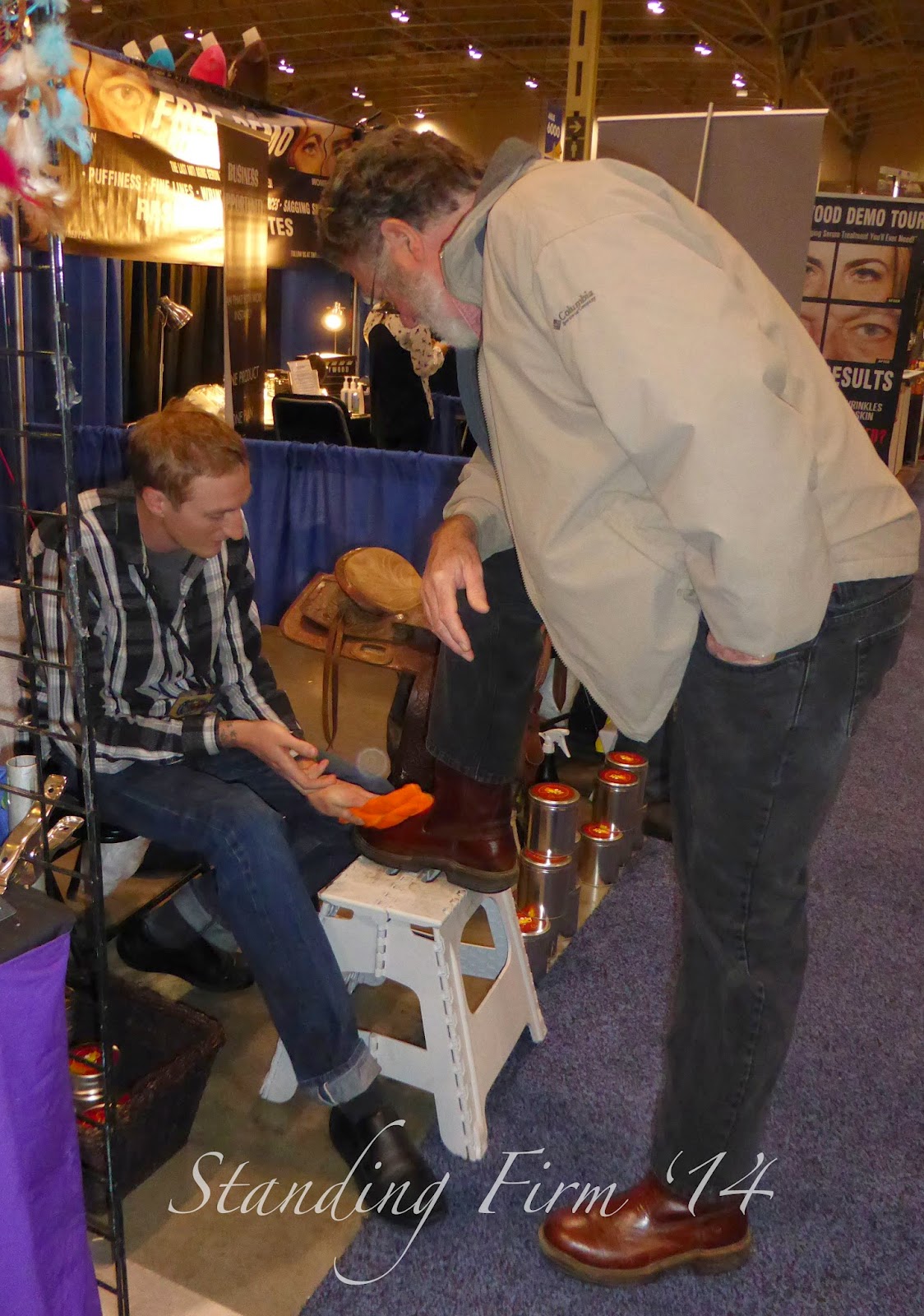 We did purchase two tins of Leather Better after the demo.  It's made with beeswax and smells heavenly.  Proudly made in Canada. 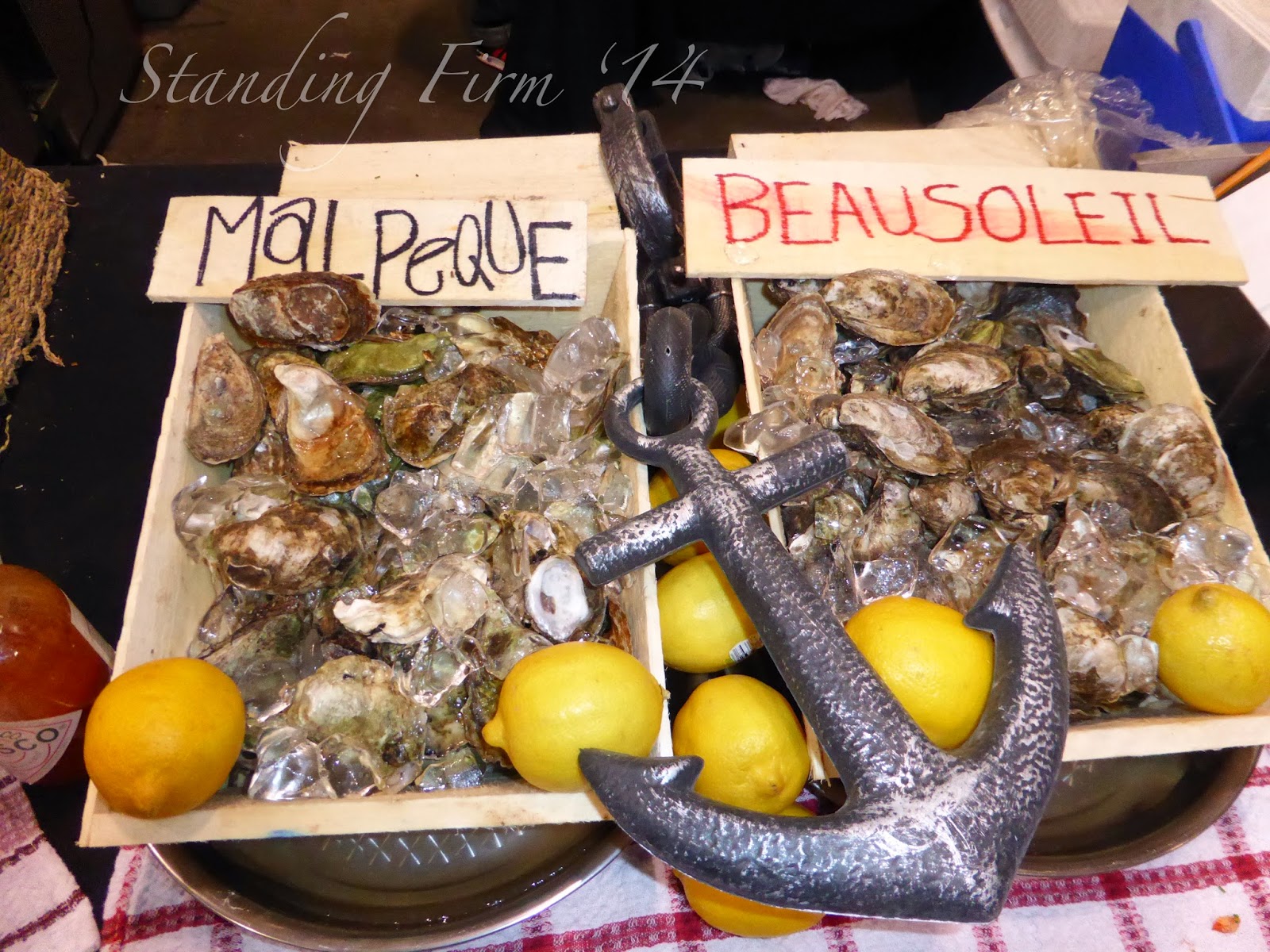 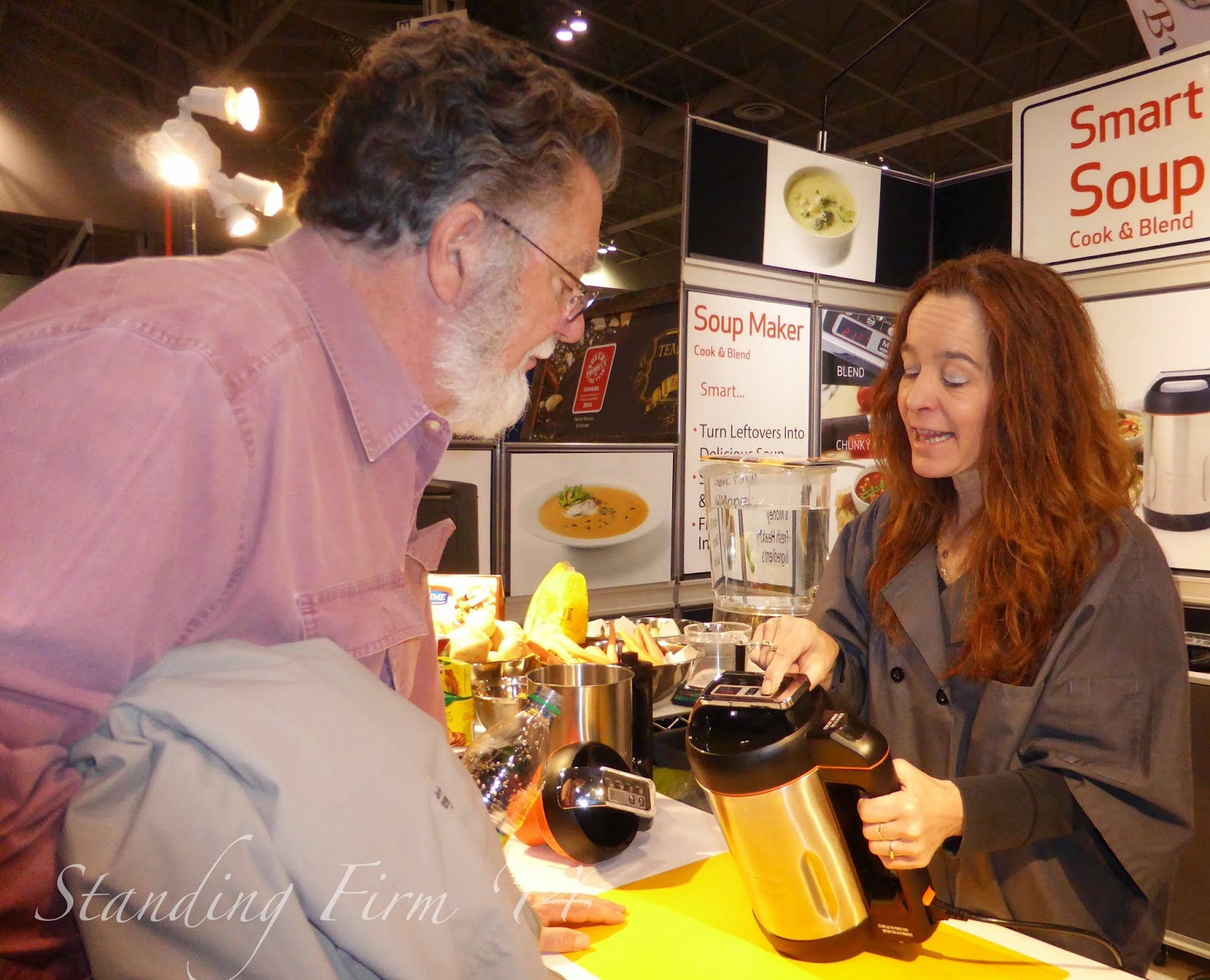 We did not buy the Smart Soup Maker.  The lady was very good at explaining how it worked and offering samples.  It's really a food processor with a heating element in it.  hmmm.....  Hot, delicious soup in 20 minutes.  Also used to make smoothies, milk shakes and margueritas.   I was sold, but the Captain was skeptical. 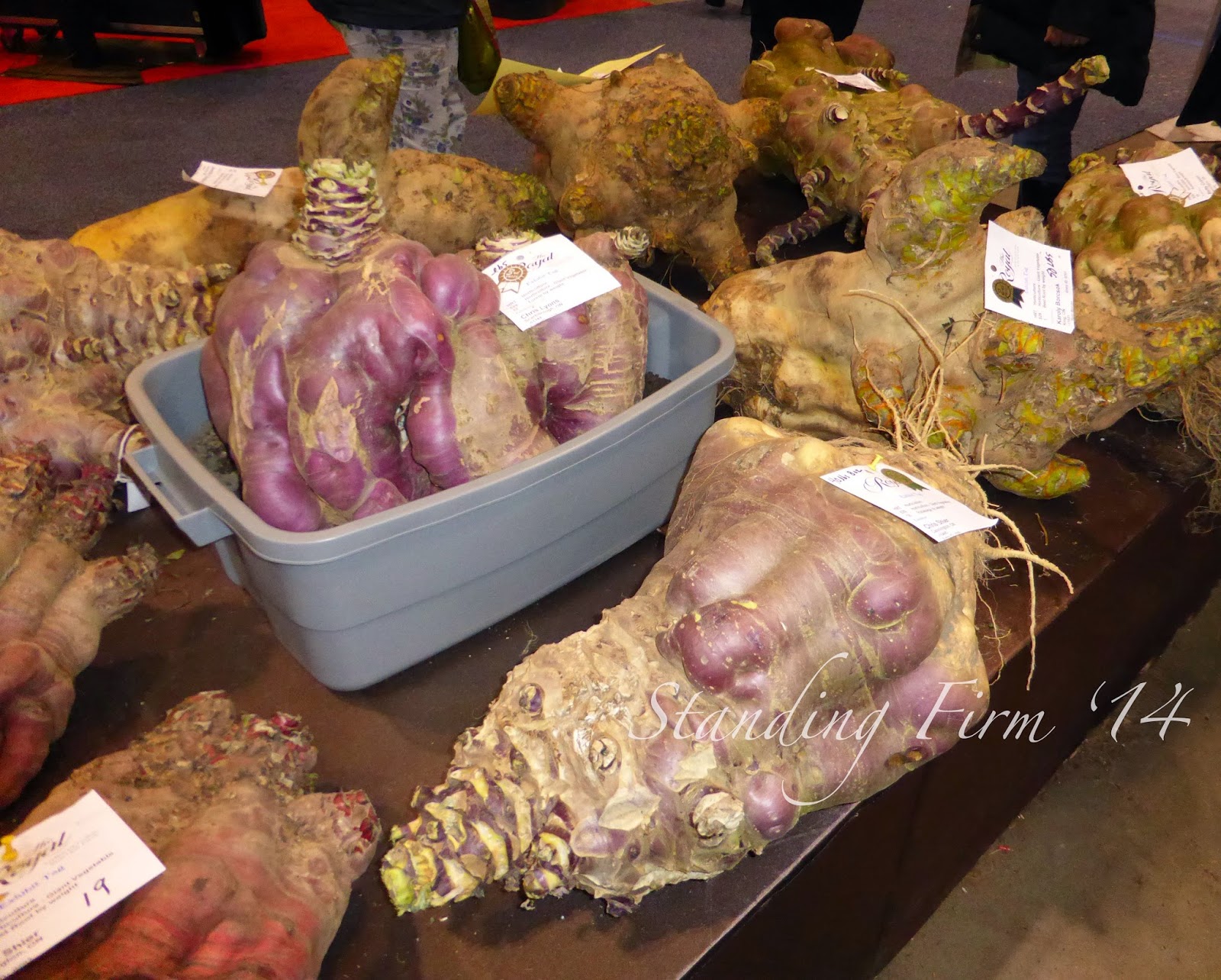 There was a whole section which I called the Veggies on Steroids section.
Rutabagas. 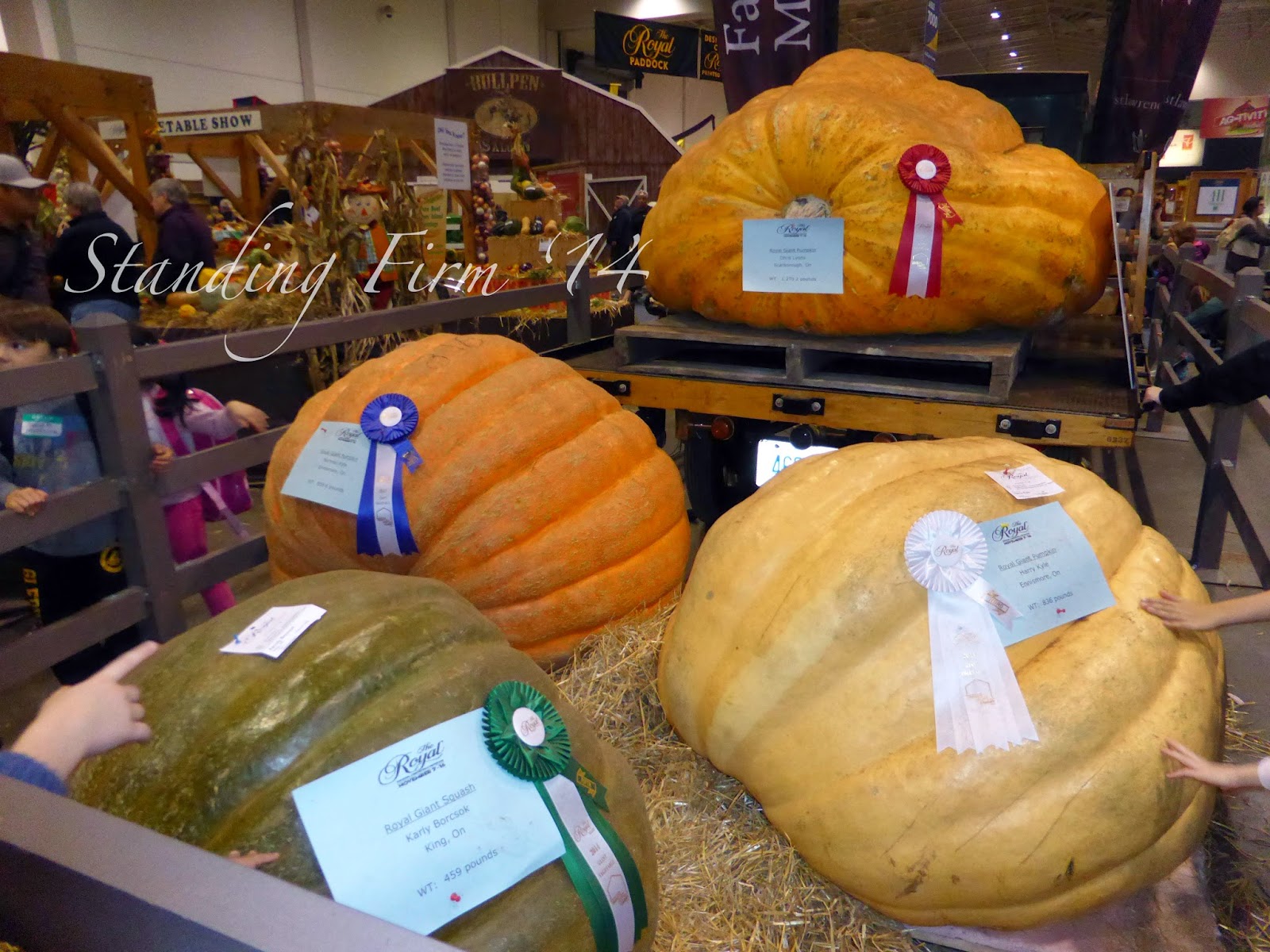 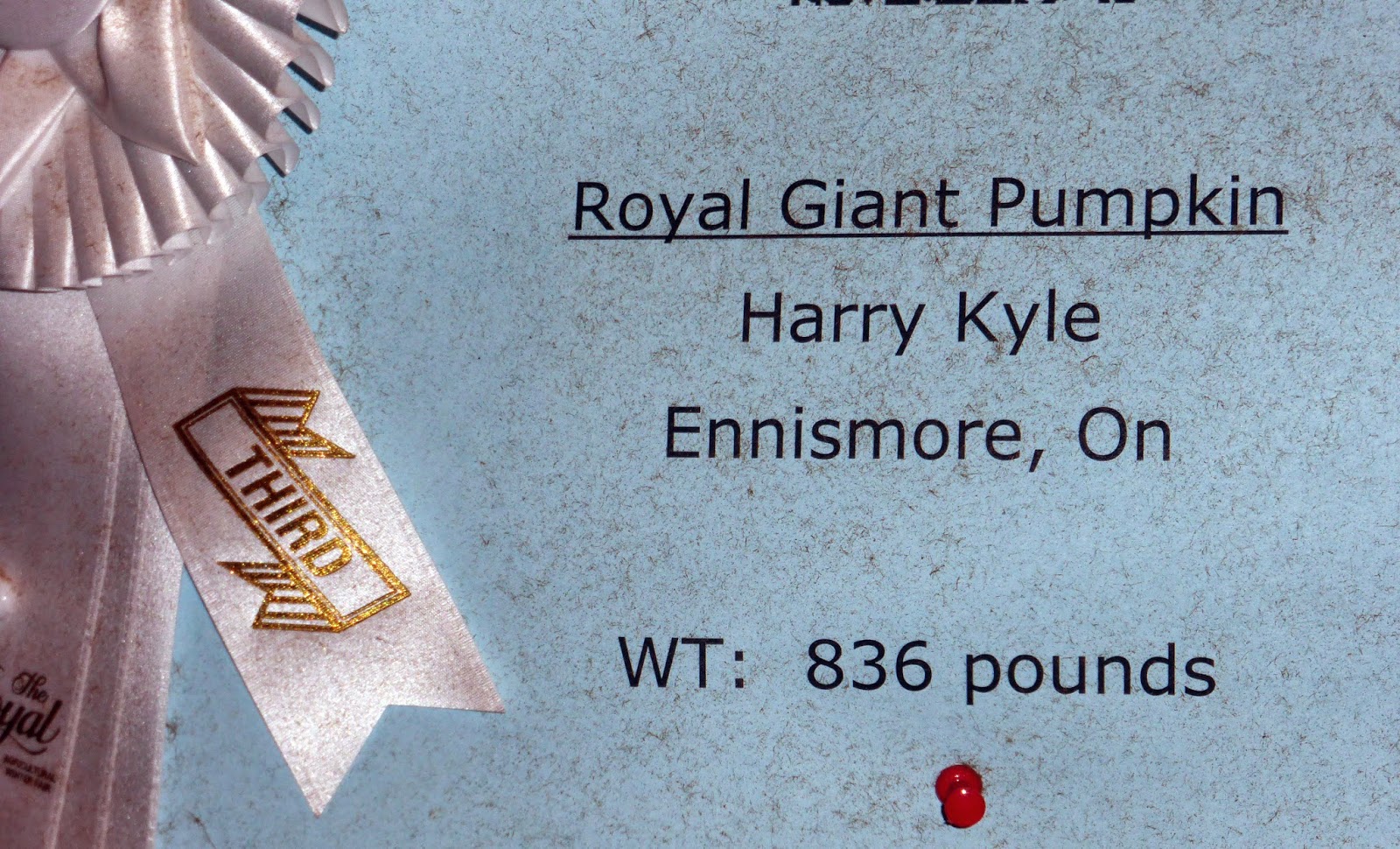 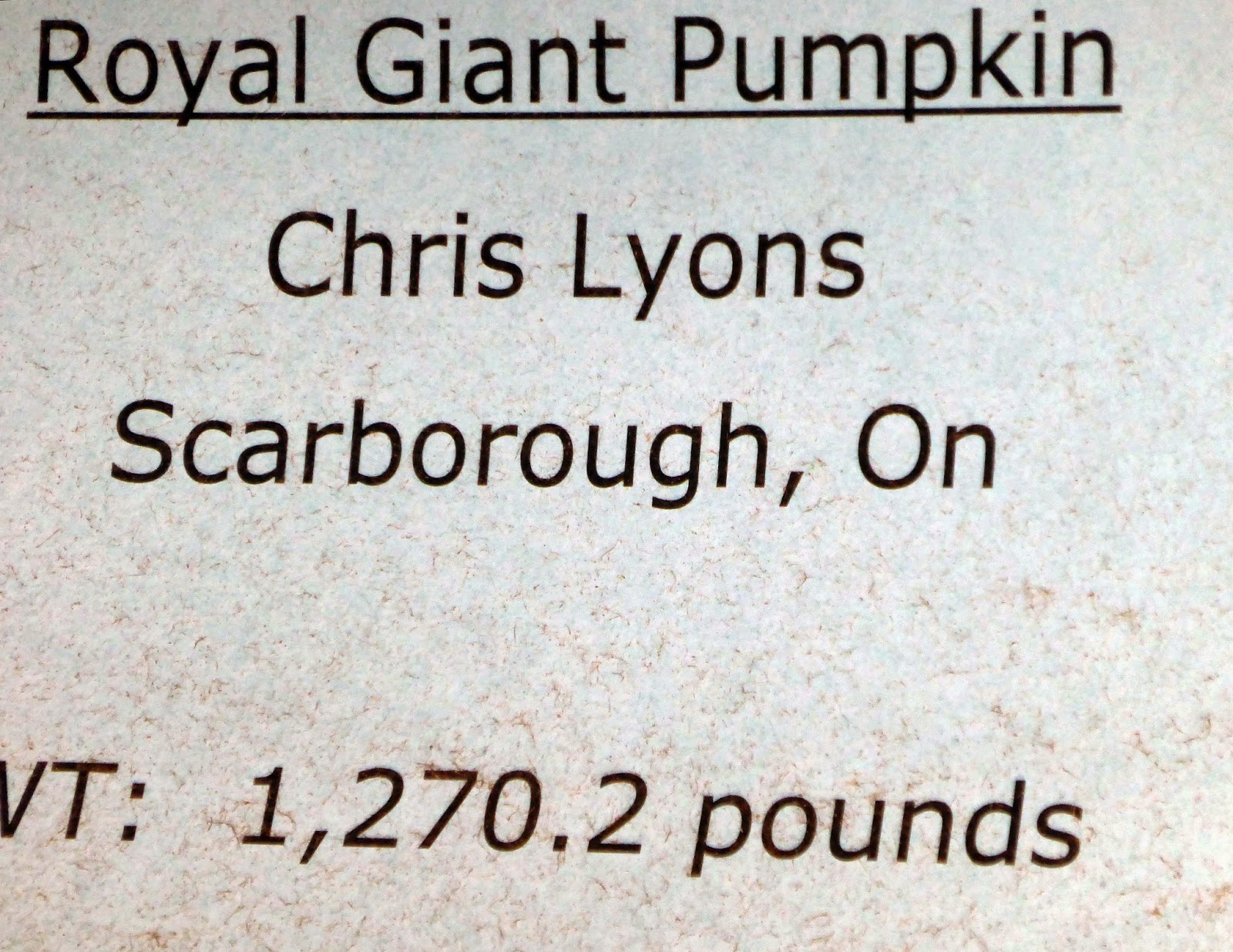 Yup, the Royal Winter Fair.  We ate bison burgers for lunch.  We walked our feet off.  We saw, heard and smelled the farm animals.  We learned lots about where our food comes from and we came away proud of our Ontario farmers.  (not sure how those oysters got in there....imported.)  I wish my Grands lived close enough for me to continue the family tradition with them.  Maybe there are agricultural winter fairs where they live?????