They said it would be the trip of my life.  I guess you could say, yes, it was that.  From the time I first discovered China thru the eyes of Pearl S. Buck ("The Good Earth", "Pavillon of Women", "Letters from Peking") and after meeting Gladys Aylward (a British evangelical Christian missionary to China) I dreamed of going to China to see it for myself.  I envisioned the rice paddies, the rickshaws, the Forbidden City, the rural lifestyle....  It all seemed glamorous and romantic in my mind's eye.  I had a rather rude awakening when I woke up in Shanghai!!!

Our direct flight from Toronto International Airport to Shanghai was 14 hours and 15 minutes. We chased the sun the whole way...there was no night.  Time Travel!!  We landed a day and a half in the future. 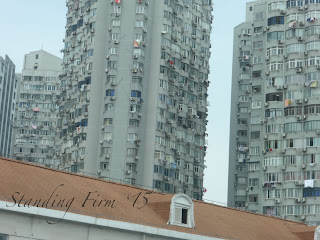 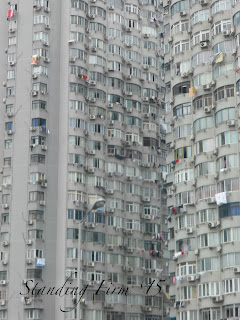 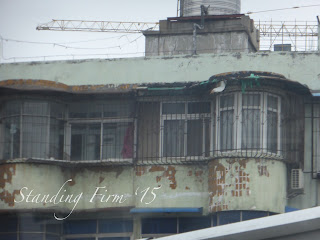 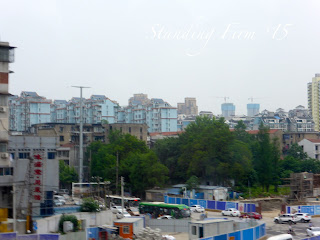 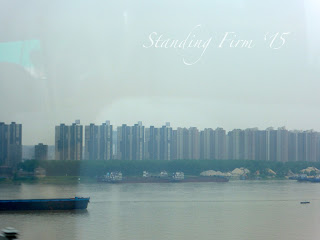 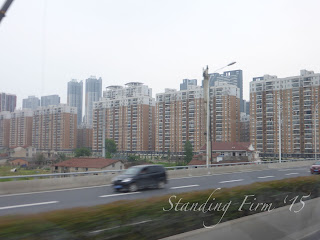 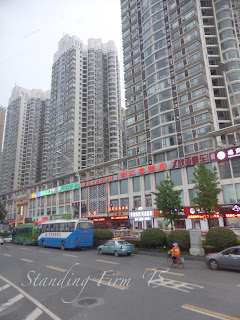 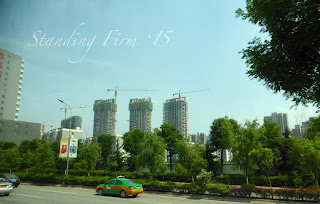 In each city we visited, the horizon was punctured with cranes.  Building is ongoing everywhere. 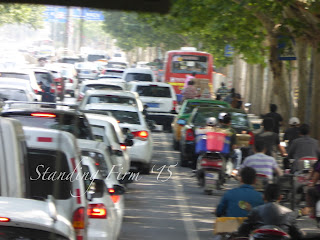 To make an attempt at traffic control, the country has made it very difficult to get a license for a car.  There is now a lottery for the limited license plates issued every year.  The going rate to "buy" a licence plate is $15,000.00 (on top of the cost of buying the car).  Then, depending on the number on the plate, there are two days a week that your car is not allowed on the road.  That being said, there are other means of transport available...bicycles (mopeds that will sneak up on you and run you down in an instant,)"illegal" taxis and public subways. 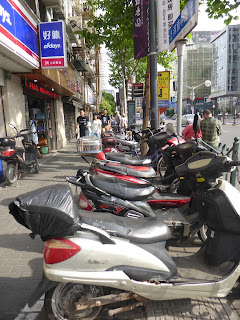 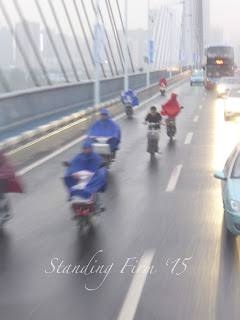 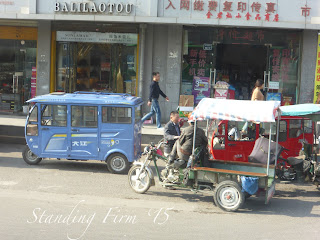 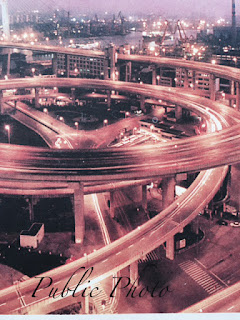 I photographed this shot from a brochure in our hotel room.  My attempts from a moving bus couldn't come close to capturing these interchanges.  It seems China as a whole has chosen one template for every bridge, every city, every highway, every interchange.  We saw the same things over and over again.

I guess everyone has heard of the air pollution in China.  Yes, it's real.  We NEVER saw a blue sky the whole time we were there, even when the sun was shining.   And they say it gets WORSE in the winter.  People go to great lengths to ameliorate the effects...masks for instance.  Umbrellas and gloves protect from the sun. 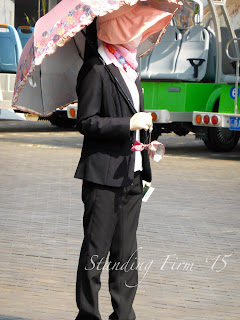 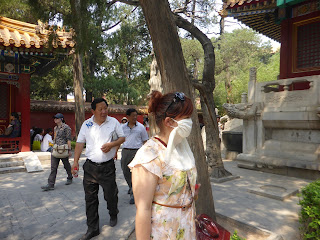 In the city of Xian, population 8 million ( a small city by Chinese standards ) there are four coal power stations alone.  Add that to the national habit of smoking cigarets, and you have the leading cause of death in China:  lung cancer!!!!!  A pack of cigarets costs about 1 US dollar. 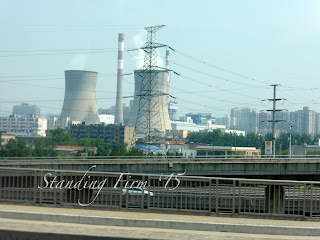 So much for the negatives.  Why did I start with them?  These are the things that first assaulted me and the things that come immediately to mind when I think back on my trip.  There are tons of wonderful things to tell you about, and I will, in subsequent posts.  To give you a foretaste....

Ni hao (hello) is pronounced in Mandarin like this:  Knee How.  We were told to think:  how is your knee, to remember this greeting used uniformly across the country.  If you know me, you know I love to learn at least enough local lingo to interact with people.  I had such fun using my limited phrases and eliciting smiles. 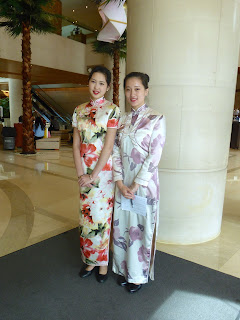 Have you been to China?  Do your memories marry with mine?

I am back in America now, and doing the Maine thing.  Stay tuned for memories of China and fun in the sun in the USA.