Today, we have reached Nirvana.  Clear skies, calm seas and...
F I S H!
After going out with Good Friend Gale and coming home empty-handed yesterday, I was ready to redeem my good name as Food Provider on Steadfast. 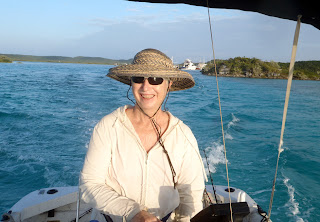 We cut the umbilical cord to the dock, threw off the shackles holding us fast, and pulled out into open Ocean enroute to Staniel Cay and Big Majors.  Just off Over Yonder Cay, we trolled through a school of Dolphin and hooked up two at once.
Ever since I hooked Something Too Big to Land, back in the day,  I have taken to tying off my rod/reels to the nearest cleat on the boat.  This afternoon, I was very glad I had.  While we were bringing in the first fish, the second one refused to wait patiently.  He fought the good fight and pulled the whole rod into the water. 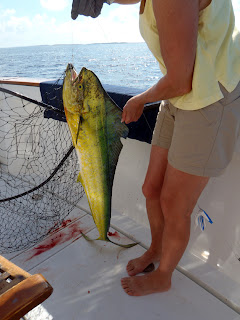 Now the Bahamian protocal for cleaning fish goes something like this: 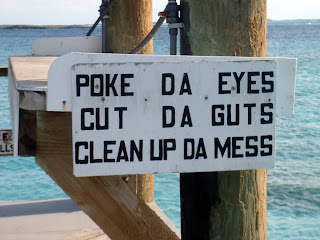 The first thing I do is "bleed" the fish and put him on ice.  In this case, I cut off the heads to fit them in the cooler, so that does two things at once.  We have now changed the name of Steadfast to
Slauter House Float.
There was alot of blood.
I learned the fine art of filletting fish when we were first married and living on Al Capone's island in Florida.  I got a refresher course on Block Island, with my friend Rick Guinnan.  Filletting a fish means you don't necessarily have to get into the yucky stuff.  Let's get started.
A word to the wise:  going swimming first, because after there are blood and guts in the water around your boat.....you'll see.
Step One:  cut along the dorsal line, flip the fish and do the same underneath.  Proceed to cut the flesh along the bone until the spine is exposed.  Avoid the body cavity.
One side removed. 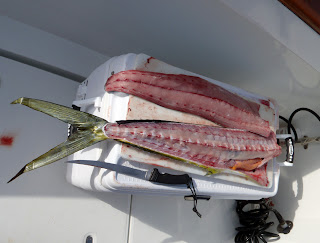 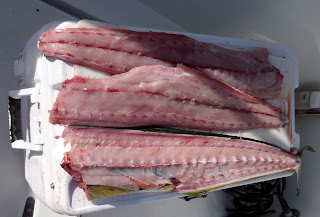 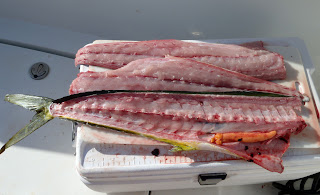 ﻿This is when the WisenHimers quip, "Fillet and Release".
Step Two:  Removing the skin.  I have seen two methods that work, but the second one requires very strong hands and is extremely difficult for me when working with a bigger fish.  The Bahamian men grab a corner of the skin and just rip it off using a pair of pliers.  The choice is yours. 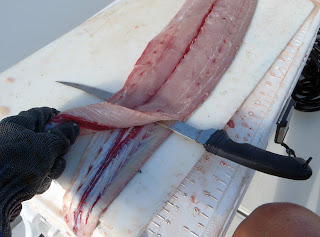 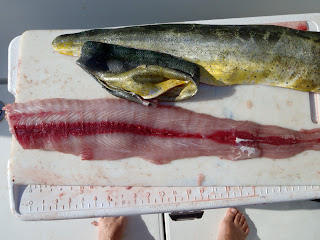 Once the skin is off, the red meat lateral line﻿ is exposed.  Step Three:  remove the red line, either with a vee cut, or by cutting the fillet in half.  I don't think this is an absolutely necessary step.  If people were stranded on an island or life boat, starving to death,  they could definitely eat this part of the fish.  Step three is for people who like their plated fish to be mild tasting and uniformly one colour. 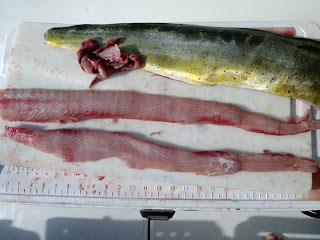 Step  Four:  cut into serving size pieces, rinse in clear water, towel dry and pack to freeze.
This fish yielded 16 servings.  The second fish was a give-away to another cruiser, so I gallantly did the bloody part, but left the skinning to her. 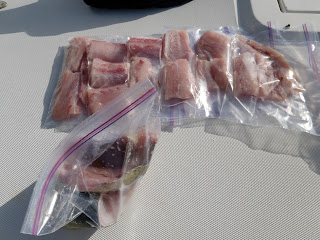 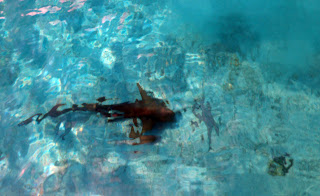 I hope you enjoyed the filletting lesson.  It's sort of like Grade 11 Biology, without the reek of fromaldehyde﻿, followed by a delicious dinner once the work is done.
It's Friday again, and you know what that means. 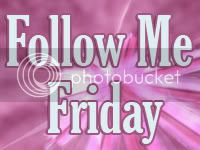 I have been cleaning up my following list lately, you know, dropping the ones I never read anymore and who never read me either.  Well, it turns out, it's a numbers game after all.  Once bloggers realize I've moved on, they drop me too.  Followers are a fickle lot.  I love the ones who are here to read, make friends and leave comments.  If you are here visiting for the first time, please be advised that I do not "follow-me-I'll-follow-you" just for the sake of numbers.  My name is Rosemary.  What's yours?  Want to be friends?

Your blog is always delightful and informative. It's been years since I fished! I hope to be there. Love, Chris

So....are you in Staniel Cay, Big Majors, or.....? I have heard Bob and Deb speak of Staniel Cay but am not sure if they have left Nassau area yet, as they only arrived yesterday. Hopefully you will spot them. I left the boat names on a previous comment - Melanie Bear, PrimeTime, and Dealer's Choice.

How does the captain deal with blood all over Steadfast?

Dolphin are a favorite and it reminds me of fishing ocean side of Highborne with a native. We could have brought home any amount we wanted they were so plentiful.

Love to you and Buz'

Got over three feel of snow inside of a week in Alberta.
I am green with envy but thoroughly enjoying the glimpses of your nirvana. :-)

I admire a gal who can clean fish. This is actually a good post, should be in a sportsmans magazine.

You're awesome, Rosemary! It takes guts to deal with all those guts, LOL!

Have a nice day!

Wow that's amazing. Always wondered how folks cleaned fish, lol. I should probably get out more.

Hi,
Thanks for stopping by my blog. I'm envious of your sunshine, boat, and even fishing!
I love fish and found your post interesting. We have been putting fish oil in our dog's food for a healthier coat, and I really don't like the smell!
I'm following you back, and look forward to reading about your adventures!

Thanks for stopping by my blog. I've enjoyed this post. I have never gone fishing so I've just learned something new. Thanks!

Yum! How did you cook it? You are amazing! I'm really enjoying your trip! Thanks!